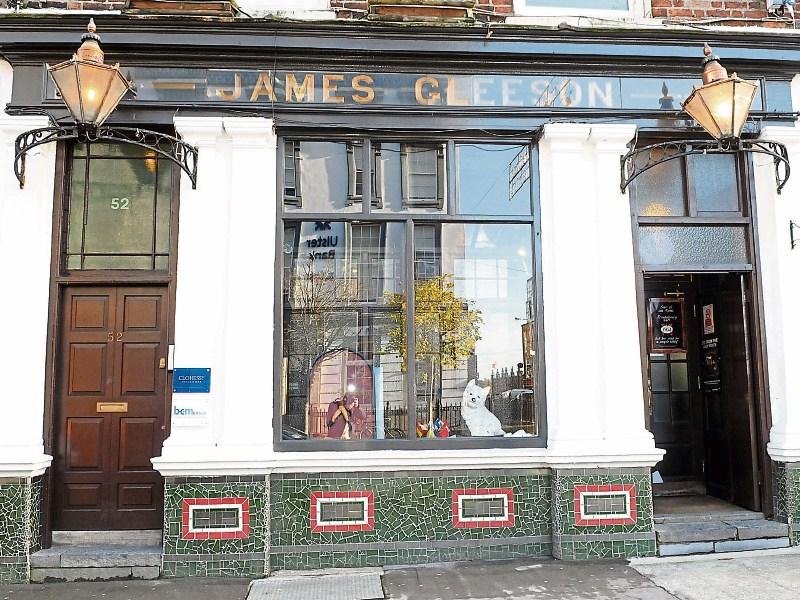 The White House bar is under new ownership

FORMER Munster and Ireland rugby player Damien Varley is being petitioned to resist changing a Limerick pub known for its artistic and cultural heritage into a sports bar.

Mr Varley did not respond to calls from the Leader and he has yet to comment publicly on his plans for Limerick’s legendary White House bar, which dates back to 1812, and is set to come under new ownership.

The pub, which was bought in 1999 for the equivalent of €1m, is said to have been the subject of negotiations in recent months through Pat Chesser auctioneers in the city.

Sources have put its current value in the region of €650,000, though Mr Chesser declined on comment on the sale price when contacted. Staff, who were notified of the new management in a letter recently, are expected to meet with Mr Varley next week.

The premises at the corner of Glentworth Street/O'Connell Street is also due to close in July for renovations for some three to four months.

Any works to the building could pose difficult as it is a protected structure, and permission has to be sought from the local authority for any works to be considered exempt, if they would not materially affect the character of the structure or any element of the structure.

While there has been no expressed confirmation of how the pub could change when it re-opens, a Facebook page has been set up to ‘save’ the pub from being turned into a sports bar, counting over 750 'likes’ to date and a petition has also been created. At the time of going to press this Wednesday it had less than 50 signatures. But sources have indicated that a sports bar is not necessarily the intention of the new owners.

For a long time the bar and its previous management prided itself on being one of the few establishments not to have a TV, instead focusing on poetry and acoustic music nights, to help promote local wordsmiths and singers/ songwriters.

In recent weeks, the acoustic nights, which were held in the White House for more than a year, moved to Charlie Malone’s pub on Wolfe Tone Street, where they have been “hugely welcomed”.

Last year the bar celebrated a cultural milestone in marking 600 consecutive poetry nights, but it is not known whether the night will remain in situ under the new order.

Poetry night MC Tom McCarthy, who took up the mantle from the inimitable Barney Sheehan, said the poetry nights have been “a godsend to many of us here and indeed to many other poets all over the globe.”

He said the poetry sessions “opened the gates to every poet’s desire, giving me and many like me the opportunity to express our thoughts and aspirations. The idea of a weekly reading was thought by some local poets to be a pipe dream and that it wouldn’t stand the test of time. Well, here we are,” he said on the landmark night.

The White House has been featured in Time magazine, threatened to close over the smoking ban, and throughout its 200 year-history, many famous faces have downed a pint there, including Jack Charlton, Jim Kemmy, Frank McCourt and Richard Harris.

Mr Varley, 32, is listed as a director of The White House Bar Limited, which was set up this April, along Kirsty Peacocke, a UK resident.