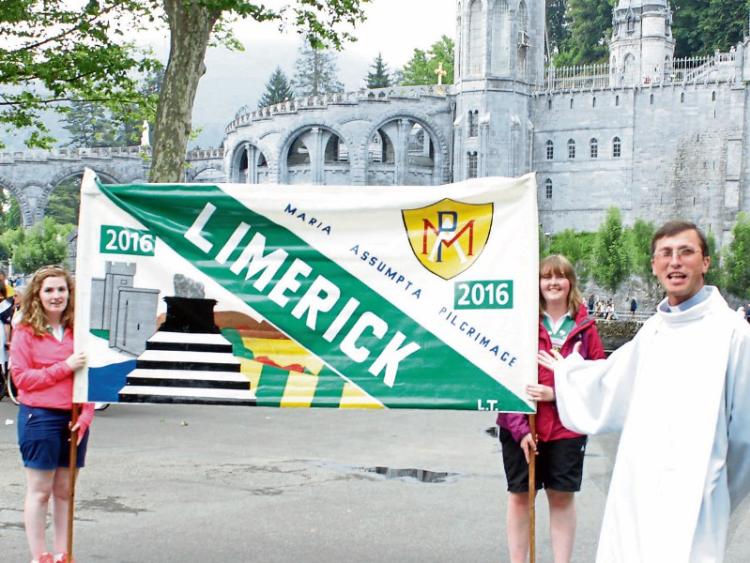 Canon Donal McNamara, the local director of the pilgrimage to Lourdes for the past 25 years, described the recent pilgrimage as “absolutely spectacular”.

It is, he said, “a place of pilgrimage, peace and consolation.”

“Lourdes draws you back year after year without a doubt. There is something very magnetic about it.

“Not many may have come home miraculously cured, but there is no doubt in the world that miracles do happen, and for some that is the miracle of acceptance, of our situation in life. Some people think they have a lot of worries and concerns and then they see people much worse off than themselves,” he told the Limerick Leader.

At one point the numbers travelling to Lourdes from Limerick reached a peak of 1,000 people, but that has fallen due to economic hardships, and also due to a fear of terrorism in recent years, especially at large gatherings, added Fr McNamara.

The dates of the Limerick pilgrimage - June 21-26 - remain unchanged every year, and are cemented into locals’ calendars, a feature as fixed as the Limerick Novena.

Numbers travelling to Lourdes rose again in 2014, after the pilgrimage in 2013 was cancelled due to severe flooding in the south west of France.

Over 500 people from the diocese of Limerick travelled to the small French town in the foothills of the Pyrenees again this year, and packed into six hotels.

Among those who travelled from Limerick included 100 young people, 120 voluntary workers, including student nurses at the University of Limerick, 60 assisted pilgrims, and 25 priests, as well as the Bishop of Limerick, Dr Brendan Leahy, and Bishop Emeritus, Donal Murray.

With some five million people travelling to Lourdes each year, such is the operation that after Limerick, the Killaloe diocese go out, and then the Galway pilgrims from Shannon, all on a rolling schedule every year.

Fr McNamara admits that each year he is worried that he may not be able to fill all the slots he has booked, and even though there were 40 cancellations this year for a variety of reasons, the places are always filled.

“From my perspective the numbers from Limerick are up. It went extremely well. Many people have said they will start saving already to come back, and some pilgrims want to come back as helpers next year. People receive many graces and blessings. Everybody gets something out of it.”

Bishop Leahy said “for me Lourdes is a miracle every year we go there.

“I am overwhelmed not least by the incredible generosity of people who take a week off work and dedicate it to helping invalids, to move wheelchair bound pilgrims, to work from early morning and even do night duty. It’s an extraordinary commitment.

“For the people who are sick and need that type of support, this is an incredible blessing and a huge illustration of the great nature there is in Limerick people.

“They get a real message that people really do care. Many also go on the pilgrimage who aren’t physically sick but may be carrying issues or burdens with them that are eased or lifted while they are out there.

“There’s a serene atmosphere and people just seem to get peace from that. The volunteers, too, seem to get an awful lot from the experience and some, no doubt, unravel their own burdens during the pilgrimage.

”There is an incredible engagement with young people, in particular. We have a waiting list of young people every year who want to go on the pilgrimage as volunteers and when you see the fulfilment they get out there, you understand why. Lourdes really is a special experience.”

Carmel Sheridan, from Blackwater, Ardnacrusha, who was chief handmaid in Lourdes, said she initially went there as a pilgrim with her aunt, a nun, before volunteering her own time, along with many others, from medical and nursing directors, to safeguarding officers, directors of music and the youth.

“I have always found it a wonderful place to be. I felt better for it, and it’s also a special time for oneself,” said the former home economics teacher and director of the Adult Education Centre in Limerick, who is now retired.

While her duties include the food orders for the assisted pilgrims, she along with others don the blue uniform and berets for the various masses, and the torchlit procession.