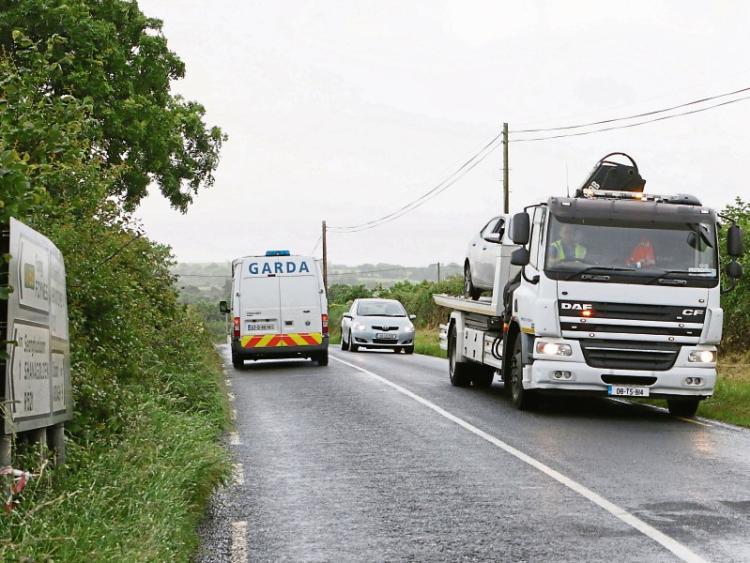 A silver Toyota Avensis being removed from the scene of the incident PICTURE: Pat Flynn / Press 22

A NUMBER of investigations are continuing following an incident in County Limerick overnight during which a man was shot in the face by an armed garda.

The incident happened after a car was stopped near Jobber’s Cross on the R521 between Shanagolden and Newcastle West at around 2.30am.

It is understood the vehicle was being pursued at the time by members of the armed regional support unit as part of a planned operation.

One of the occupants of the 151-registered Toyota Avensis sustained gunshot wounds to the face during an incident after the car was stopped.

The full circumstances as to how the weapon was discharged are being investigated.

The injured man, who is aged in his 30s, was taken to University Hospital Limerick for treatment where his condition has been described as ‘stable’

Another man, who was also in the car, was arrested at the scene and is being detained at Henry Street garda station under organised crime legislation.

Both men are understood to be from Eastern Europe and it has been reported that they are suspected of having links to a Lithuanian crime gang.

The road, which was closed for several hours, has since re-opened and the Avensis car has been removed for a technical examination.