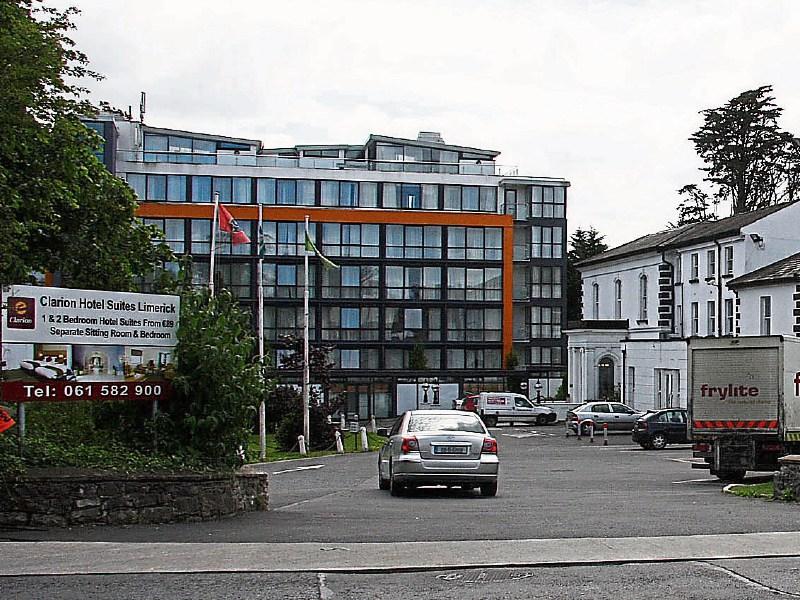 CONTROVERSIAL plans to convert an old hotel to an apartment complex have received the green light from Limerick City and County Council.

This comes despite more than 50 people objecting to the proposals from Eoin Ryan, the statutory receiver to Budelli Construction.

He is seeking planning permission to convert the former Clarion Suites apart-hotel at the Ennis Road into 61 apartments.

In addition to this,  the application also provides for four new apartments at the neighbouring Ardhu House, with nine two-storey dwelling houses to be built on site. There is anger at the conditional planning permission the council has granted, which includes a stipulation that the developer must come to a deal with the local authority on the provision of social and affordable housing.

Local Fine Gael councillor, and newly elected metropolitan mayor Michael Hourigan says it is “inevitable” there will be an appeal to An Bord Pleanala.

He added he is “very concerned” about the fact the local authority has green-lit this development, despite objections from a number of groups including residents of Highfield, just off the Ennis Road, Roses Avenue, and a number of other locals.

“I am very concerned about open space, parking. I am concerned about the residents living adjacent to it, that it would not impinge on their quality of life in any shape of form.

“Sixty-one apartments, plus seven houses, plus another four apartments in the old hotel, no matter how you talk about it will bring more cars into a small area,” Cllr Hourigan said.

In objections,  fears were raised over an increase in demand for electrical power in the area, a rise in the need for clean water, and the “unsightly” appearance of more aerials and satellite dishes arising from the development.

The residents of Highfield – who requested the planning application “be rejected out of hand” – added: “The conversion of the units in the derelict Clarion suites will mean there would now be over 200 permanent residents in the enlarged apartments with very little space for leisure activities, and totally inadequate water, sewage, car parking spaces and gardens for such a large influx.”

These include that the entrance gates to the development will be moved back by 4.5 metres.

The local authority is also seeking a public lighting scheme, and each new house to have its own separate water service connection.