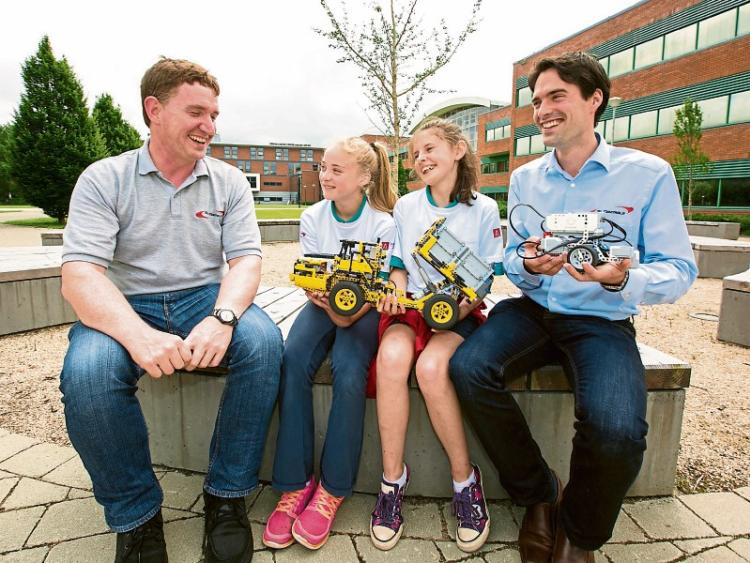 Darragh McMorrow and Shane Loughlin with Ella Bohannon and Isabella Crowley at the launch of ECubers PICTURE: Brian Gavin

MOVES to get more females to pursue a career in engineering was kick started in Limerick, when young students were given Lego to help display their construction talents.

Stats just released reveal that only six per cent of Leaving Cert students who took Engineering were female.

ECubers was launched at  the University of Limerick on Friday as it recognised as an automation research centre of excellence.

ECubers  Shane Loughlin co founder of SL Controls explained:  “Historically engineering is seen as a male oriented subject that leads to a career in Civil or Mechanical Engineering. Very little has been done to explain to young people how engineering has evolved over the last 20 years and the range of exciting career opportunities that now exist for both men and women in the field.”

Through ECuber, SL Controls shares its knowledge with young people so everyone can build, programme and invent better equipment using the fun, flexible and colourful Lego.