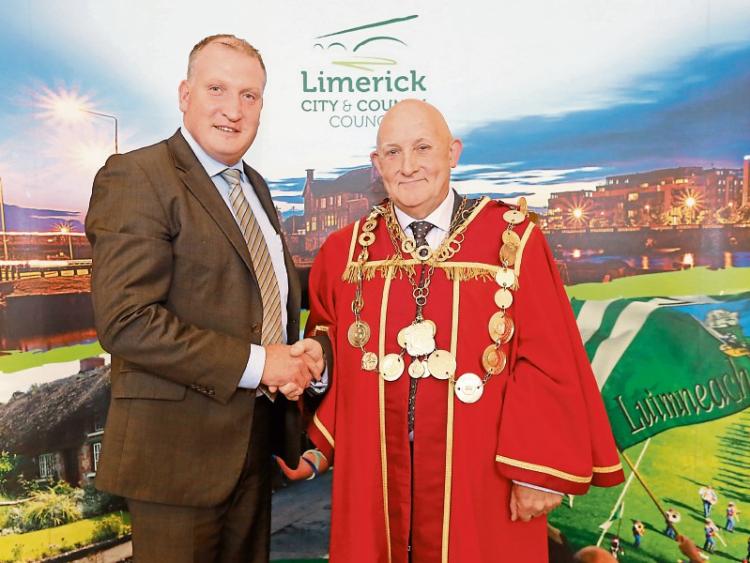 The city east councillor secured the chain of office after securing 29 votes at the AGM of the local authority this afternoon.

His election comes as part of an electoral pact with Fine Gael which has meant the two biggest parties share the top positions on the council.

Members of the Labour Party also supported Cllr O’Hanlon who beat off competition from Cllr Lisa-Marie Sheehy (SF) and Cllr Cian Prendiville (AAA) to be named mayor for the second time.

Speaking upon taking the chain of office, he said the privelege of being named first citizen is “even greater” than it was 20 years ago, when he was named 800th Mayor of Limerick.

"Today, we are all under the one flag, moving together in strength and purpose in what is truly a remarkable time for our city and county."

The 64-year-old former electrical supervisor also pledged to support the gardai to win the fight against gangland criminality.

The mayor of the metropolitan district, Cllr Michael Hourigan of Fine Gael was elected on Friday night.