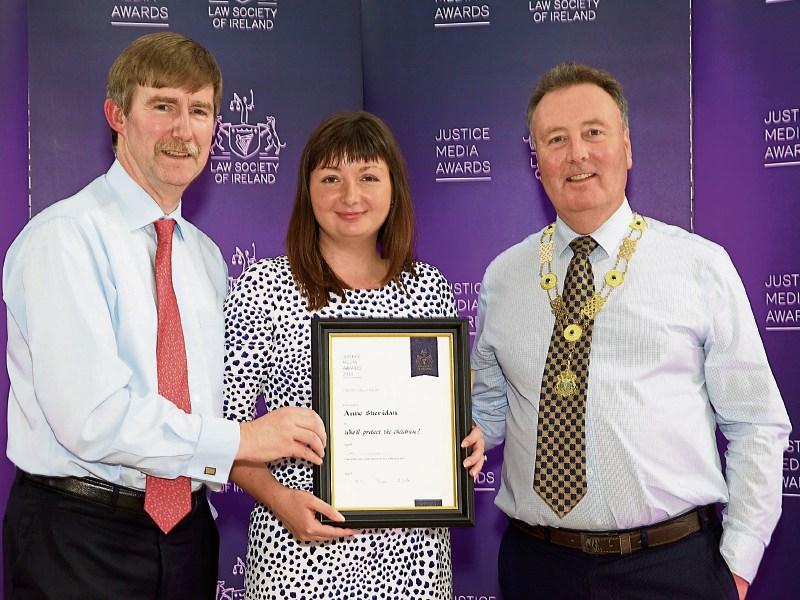 TWO Limerick based journalists have been recognised for their work in legal journalism at the 25th annual Justice Media Awards.

Speaking at ceremony at Blackhall Place, the president of the Law Society, Simon Murphy said a record number of entries were received this year.

“We believe it is vitally important to recognise, reward and encourage excellence in legal journalism. The media is crucial in trying to increase the public’s understanding of law and the legal system. We must therefore strive for the highest standards possible. The investment of time, energy and resources in producing articles, programmes, investigations and research that help to inform and educate Irish citizens on justice and law is a very valuable investmen," said Mr Murphy.

This year two new categories were included to incorporate standalone digital and online works. It was also the first time that two Limerick based journalists were honoured in their respective categories.

Merit ceritificates were presented to Anne Sheridan of the Limerick Leader, in the regional print category for her series on family law and childcare cases, entitled: Who’ll protect the children?, and to UTV Ireland correspondent Eric Clarke in the TV news category.

This is Ms Sheridan's second award in recent weeks.  Last month, she won in the News Story of the Year category at the Local Ireland media awards for her coverage of whistleblowers' claims at the University of Limerick, which gave rise to a specially commissioned independent report by the Higher Education Authority.

"Taking on the challenge of reporting on court proceedings where tragic and troubling family breakdown, trauma and custody issues are handled; this journalist is to be commended for her contribution to the public’s understanding of such cases and the workings of the family law, custody and child care system,” said Ken Murphy, director general of the Law Society.