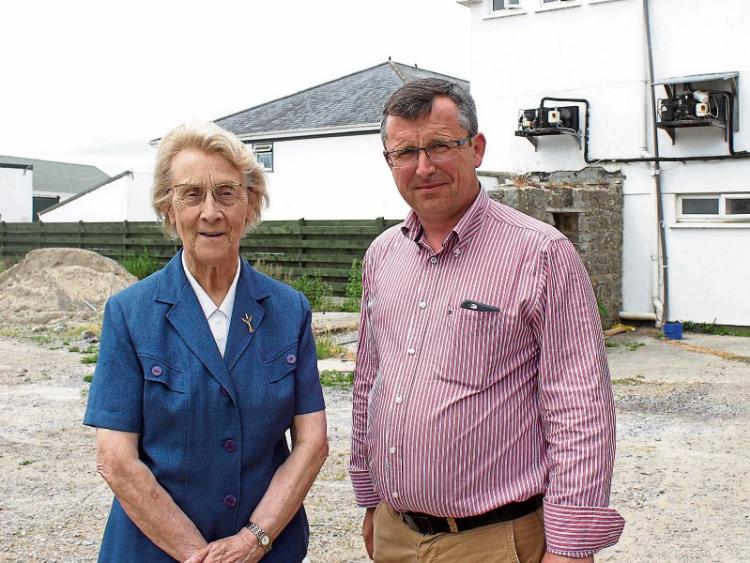 BRUREE House has received planning permission to build apartments in response to the growing homelessness crisis.

The largest residential addiction treatment facility in Ireland has received a grant for €750,00 from the Department of the Environment for the extension.

“This is our primary activity but what they don't appreciate is a very high percentage of the people that come to us are homeless on admission. Homelessness is quite a big part of what we do and there is a huge link between substance abuse, addiction and homelessness.

“A huge issue has emerged where people struggle to get private rented accommodation post-treatment or post-transition, and this seems to be getting worse,” said Mr Guerin.

Through refurbishing current buildings there are 52 beds for the homeless in Bruree House. Now the new development will add a further six independent living places.

“Some people decide to stay with us for various reasons for longer than the three months for rehabilitation. We have done quite a lot of work this year, we have refurbished other buildings on the campus to provide independent living, homeless accommodation. Homelessness is a huge problem,” said Mr Guerin.

This year marks the 50th anniversary since the foundation of the addiction treatment service.

”When Sr Consilio started the first Cuan Mhuire one of the functions she saw was that it could be a place people could call home if they had no other home to go to. In her experience starting out working in St Vincent's hospital in Athy, there were these ‘men of the road’ - what we now refer to as homeless.

“They almost always had an alcohol problem and would call to St Vincent's for a meal or get looked after in some way. Then they would move on to the next town. One of the things Sr Consilio said at the very beginning was, 'I'd like to have a place where these people could call home',” said Mr Guerin.

Sr Agnes, who runs Bruree House, said the JP McManus Pro Am and Benevolent Fund have been consistent supporters of the work of Cuan Mhuire for many years.

“We are very aware that we would not have the facilities that we have nor would we be able to deliver the quality of care that we do were it not for their continued and generous support,” said Sr Agnes.

Cuan Mhuire’s annual fundraising hill walk is on at 9am this Saturday, June 25 in Ballyheigue. Many will travel from Limerick, who have been associated with Bruree House.