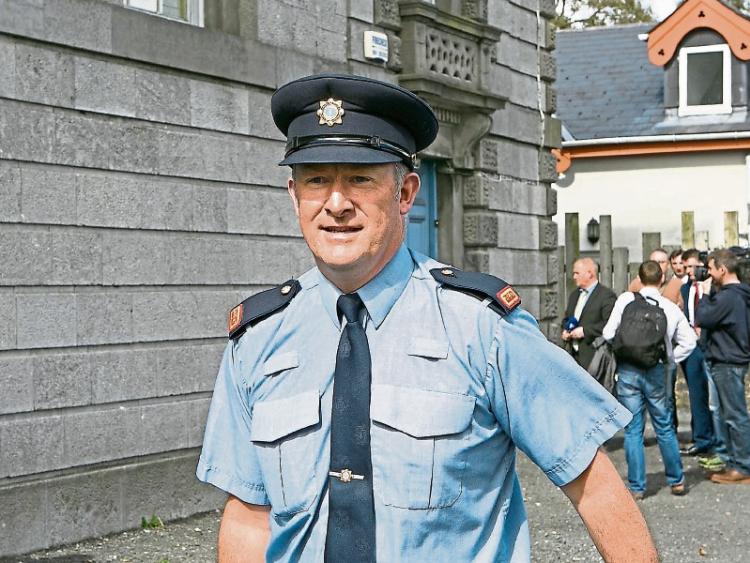 A FATHER of two who pushed a garda  following an incident in a Chinese restaurant in Abbeyfeale  had his case adjourned at Newcastle West court to allow a probation report to be drawn up.

But Judge Mary Larkin said that the defendant Ryan O’Shaughnessy, Clashganiff, Shanagolden, must write letters of apology in the meantime and should consider a donation to the Garda Benevolent Fund.

O’Shaughnessy was charged with threatening and abusive behaviour, with refusing to comply with garda directions, with being intoxicated in a public place and with obstruction.

Inspector Brian O’Donovan, outlining the background to the incident which occurred last September 14, said O’Shaughnessy had gone into the Chinese restaurant where he spoke to a female staff member and became aggressive and abusive and asked for sex and money.

She subsequently gave a description to gardai who found the defendant in a nearby bar who became aggressive and abusive when asked for his name.

“He began to lash out at gardai and subsequently had to be pepper-sprayed,” Inspector O’Donovan said.

One of the gardai was pushed out on to the roadway but fortunately there was no traffic at the time. She injured a finger. O’Shaughnessy was eventually restrained by patrons at the bar, he said.

Pleading for his client, solicitor Enda O’Connor said unfortunately, he had no recollection of the incident.

“There is a background here with alcohol dependency of long standing,””he said. His client, he continued, was attending a day hospital for his addiction and was on a significant amount of medication at the time. “It certainly didn’t help things.”

But he argued that engagement with the probation services “might be of significant assistance” to O’Shaughnessy.

“This man has difficulties but he should have thought about addressing them before,” Judge Mary Larkin said.

“He was extremely unpleasant to the lady in the restaurant and had no difficulty being violent to the female garda.”

She adjourned the case to September.