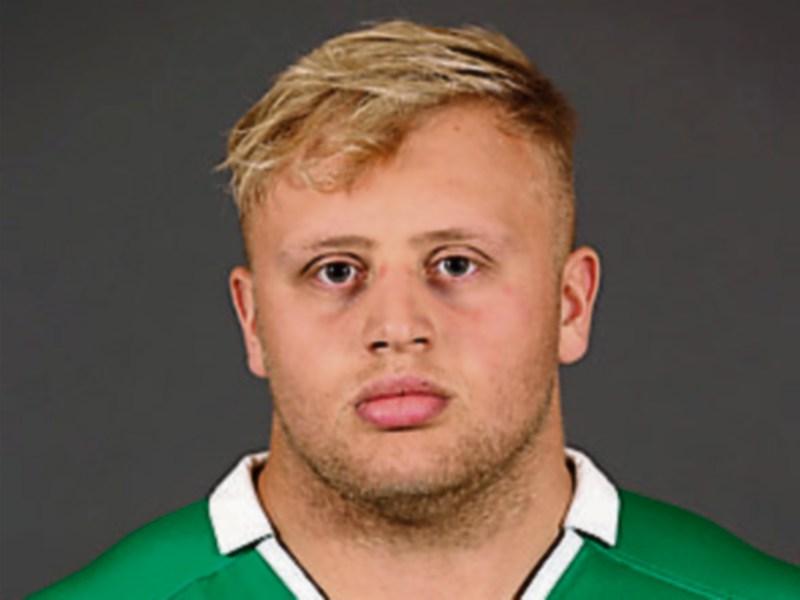 YOUNG West Limerick rugby star Ben Betts is heading for the biggest challenge of his playing career to date  when he and his team-mates meet England in the Junior Rugby World Cup final this Saturday.

But their hopes of glory, and of writing a new chapter in rugby history, are strong  as the Irish team has had an unbeaten run of six matches.  It is heady stuff for the young Ballyhahill man who started his rugby with Estuary in Shanagolden and is now with Young Munster.

He will be sharing the excitement with Shannon RFC member, Kelvin Brown from Ardnacrusha, a student at LIT who plays in the back row.

“It is amazing. I still can’t believe myself. It is pretty mind-boggling,” Ben said, speaking from Manchester during a rest day.  He described the atmosphere at the semi-final against Argentina on Monday as unbelievable. “For the last 15 minutes, the whole crowd were singing the Fields of Athenry. The amount of fans who travelled over was incredible.”

“Hopefully now on Saturday we will have a full house too. We certainly believe we can do it. We have been unbeaten now for the last six matches. But we take every match as it comes.

“I wasn’t expecting to start every match but I was hoping to get as much game time as possible,” continued Ben, who wears the No 3 jersey and plays tighthead prop. “Now it turns out I started every game bar one. It is going brilliantly. I couldn’t have asked for anything better.

“I like the build-up to matches. I love singing the national anthem. I take unbelievable pride in it. The atmosphere before the games is amazing. It doesn’t make you nervous. You know the whole country is behind you. It drives you on. It is a motivator for me.”

Ireland were drawn in a pool that  included Wales, Georgia and reigning champs New Zealand and knew it would be hard, Ben explained. But the team has gelled amazingly well. “We feel like family, in the dressing room, in the hotels. There is no disconnect at all. In the beginning there may have been separations between the provinces but there are no separations any more.”

Ben is currently a student of English and History at UL but says his dream was always to be a professional rugby player. “I will hold to that until I succeed,” he said, simply.

Ben’s success has been a source of great joy and pride to the Estuary Rugby Club and club secretary Joe Hoyne described him as a “diamond. He played so well this week and last week. He has put his name up there now as one of top upcoming tighthead props. And they don’t grow on trees. They are very rare,” Joe said. “He is a lovely lad. He also has great drive.”

“We are immensely proud of him,” Ben’s former principal at Tarbert Comprehensive, Richard Prendiville said. “Rugby aside he is a downright nice fellow and that is what makes his success most special for us here. It really really adds to it.”

We are absolutely over the moon. Kelvin has wanted this all of his life,” Kelvin Brown’s dad Harold said. “Rugby is all he wants. It’s a huge, huge occasion. The memories that we have now, we will have for the rest of our lives. It’s going to be huge, and it is only now that it is hitting us. They are in the final, they have a very good chance at winning it.”

The family has attended every Ireland game in the World Cup campaign. “Here we are in a World Cup final.

“It is incredible. They [the team] are all very positive. I wouldn’t say that they are cocky. Their preparation has been very good. They are all getting on great together, and when they are winning that really helps.”

Katie McCloskey, PRO at Shannnon RFC, said excitement was building at the club and believes Kelvin has a bright future as a professional.