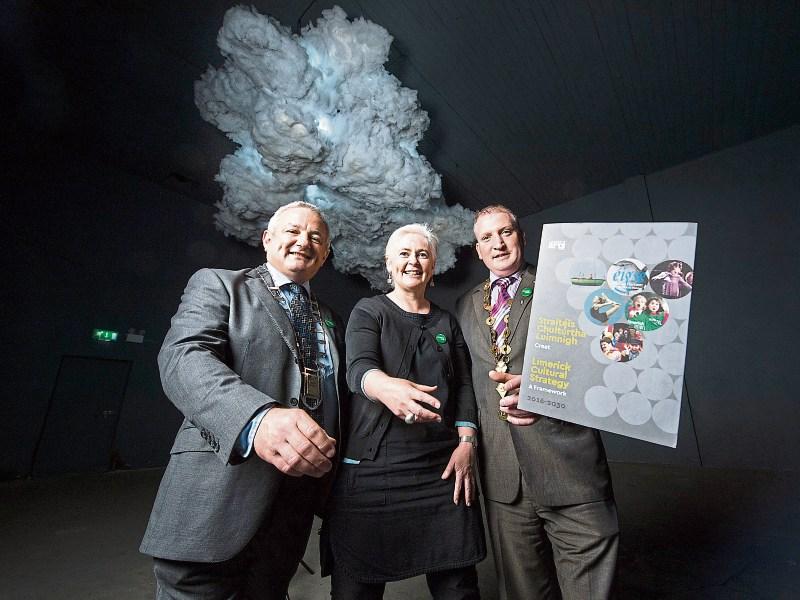 LIMERICK’S local authority has launched a plan it hopes will “grow cultural current engagement to 2030 and beyond”.

The 17 page report was worked on in partnership with both the Limerick Arts and Culture Exchange (L.A.C.E) and Professional Limerick Artists Network (PLAN), as well citizens, businesses and voluntary and community organisations across Limerick. It seeks to build on the successes of City of Culture in 2014 and the bid for European Capital of Culture in 2020.

It was unveiled by Mayor of Limerick City and County Council, Cllr Liam Galvin and will parallel the Limerick 2030 Economic and Spatial Plan as a roadmap for further cultural development in Limerick “to ensure sustainable, long-term cross-sectoral commitment for the ongoing fostering of this rich part of its heritage”.

“Limerick values its cultural achievements and recognises and embraces the potential for major international success. This framework allows us to strategically plan and look to the future to ensure culture continues to contribute to a vibrant Limerick, in developing the city and region.

“This is an exciting opportunity to invest in culture, to bring new energy, synergies and excitement to all of Limerick’s citizens.”

Sheila Deegan, deputy director of the 2020 bid, said the cultural strategy “presents an opportunity to re imagine Limerick, draw together its indigenous creativity, reach out to citizens as collaborators and realise a new dynamism for building and enriching our future.

“The new Cultural Strategy for Limerick celebrates and recognises the multiplicities that make Limerick unique, colourful and diverse. It is a chance to collectively tell a powerful story about the valuable impact this strategy can make.”