HSE to assess security after incidents at Limerick's 5B unit 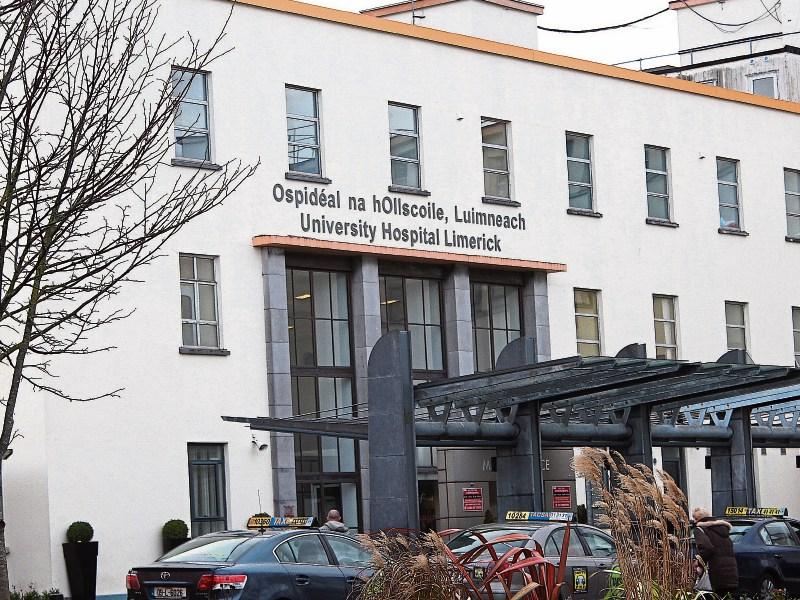 A REVIEW of security at University Hospital Limerick is expected to take place following five missing persons incidents at its acute psychiatric unit in recent months.

Three of five missing people were patients, and two others were understood to be waiting to be admitted, at Unit 5B – a 40-bed acute mental health unit which operated under the remit of the HSE’s Community Health Care section.

These incidents are said to have taken place over the past two months.

The five people were reported missing to gardaí after they left one of Ireland’s busiest hospitals. The alarm was raised for the two people, who were reportedly waiting to be assessed for admission to 5B in the emergency department.

While all five people were located and described safe and well, gardaí were called to an incident in Raheen after a man barricaded himself into a housing estate home close to UHL.

Ms Cowan confirmed that she will be meeting Bernard Gloster, Chief Officer, Community Health Mid West, to discuss the matters.

"5B is not part of my brief, it is part of the community health organisation but I am aware of the number of incidents that were there [the psychiatric unit] over the last few months. We have a full security team here. We are engaging with Bernard [Gloster] around that to see how we can help and assist with it," she told the press during a media briefing.

The HSE stated that it “does not comment on any individual cases but it reviews all patient care, as well as its systems, on a regular basis. A meeting is scheduled between Ms Colette Cowen, CEO, UL Hospital Group and Mr Bernard Gloster, Chief Officer, CHO3, for next Wednesday and this item will be discussed at that meeting."