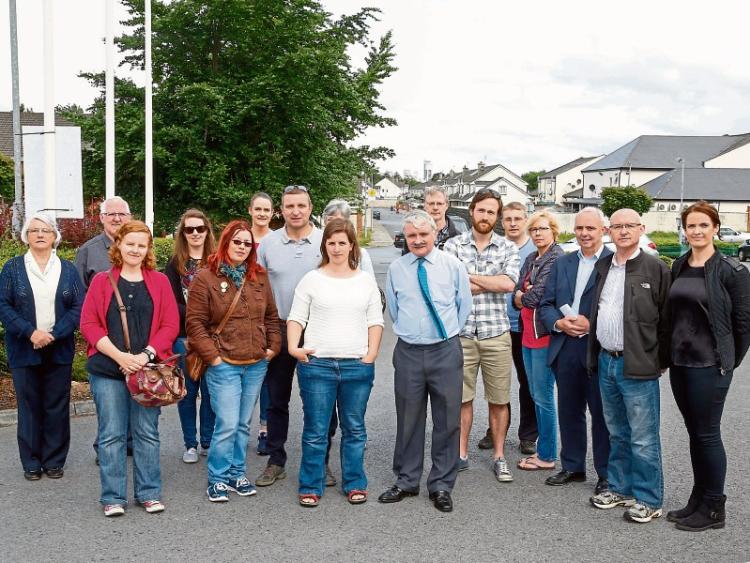 A CAMPAIGN in opposition to plans by Irish Cement to burn used rubber tyres at its plant in Mungret has stepped up a gear.

On Saturday, a group of people went across the city delivering leaflets to homes warning them of their “serious concerns” about the process.

The volunteers – from Limerick Against Pollution (LAP) – were joined by Fianna Fail TDs Willie O’Dea and Niall Collins, Sinn Fein councillor Malachy McCreesh, and Brian Haugh of the Green Party.

They gave out posters to people urging them to make a submission to the Environmental Protection Agency (EPA) which will ultimately grant Irish Cement permission to replace the burning of fossil fuels in Mungret.

For its part, the company says the development is necessary to bring the Limerick facility in line with the rest of the country, and retain its competitiveness. The firm has previously said around 40 new roles will be created over the plan’s lifetime, with the remaining jobs at the cement plant copperfastened.

But LAP is concerned about the “hazardous waste incineration” planned for the factory.

They claim this will produce “harmful micro-particles”.

“These tiny particles travel long distances in the air and cause serious respiratory and heart problems,” the group says.

One of the campaigners, Trish Talty, Goudavoher, added: “We are very concerned about the dangers to human health. Incineration of these materials will lead to harmful emissions”.

She also claimed that “numerous requests” made to Irish Cement for a public meeting have been declined.