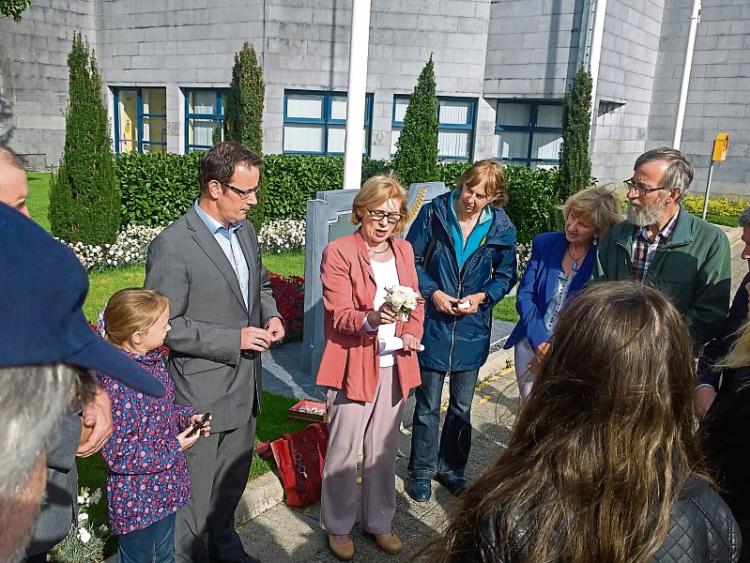 POLITICIANS from across the divide paid tribute to the murdered British MP Jo Cox at a special vigil in Limerick last night.

White roses were laid in the memorial garden outside City Hall, while candles were lit to remember the Labour representative, who was shot and stabbed as she attended a clinic in her West Yorkshire constituency last week.

Deputy Jan O'Sullivan, whose Labour party organised the vigil in the city read from a statement signed by parliamentarians across the world, including herself.

She said Ms Cox's life had been "brutally and senselessly snatched away".

"As many have been, we are shocked to the core at such a violent attack on democracy and our values. As human beings, we are devastated at the loss of an indefatigable and compassionate campaigner, mother and colleagues."

Ms O'Sullivan said societies "must stand together to stem the poisonous rising tide of fear and hate that breeds division and extremism".

A minute of silence was held before the white roses - similar to those placed on Ms Cox's now-vacant House of Commons seat, and worn by British MPs paying tribute yesterday - were laid.

Around 30 people were at the vigil, including Fine Gael Senators Kieran O'Donnell and Maria Byrne and Sinn Fein deputy Maurice Quinlivan.

They were joined by Labour councillors Joe Leddin and Elena Secas, plus local party officials Tomas Hannon and Tom Shortt.