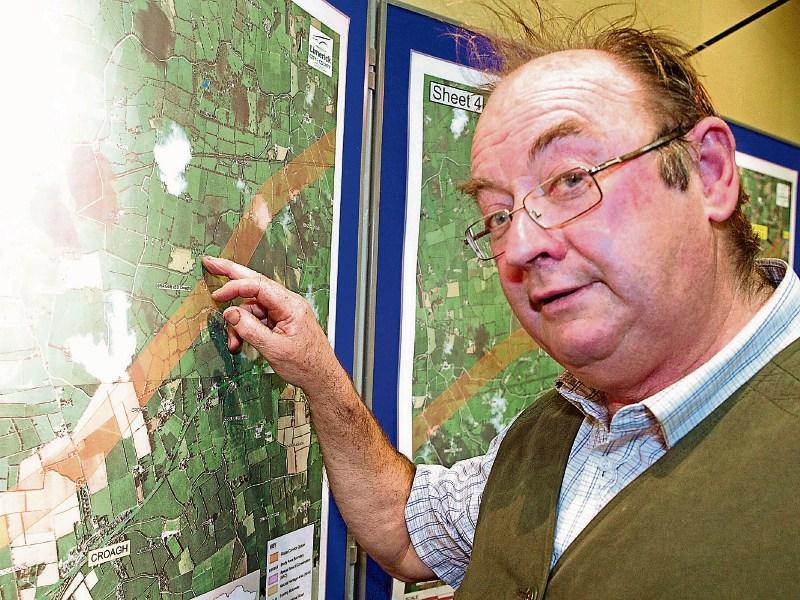 James Cavanagh, Adare at the public viewing of the Foynes to Limerick Road Improvement Scheme

THE preferred route for the new Limerick to Foynes road could have a “significant” impact on a number of agricultural enterprises, particularly in the Croagh area.

That is according to the route selection report which was made public in recent days. It outlines the rationale behind the selection of Route 3, or the orange route, as the preferred option for the new road.

The four routes initially considered were assessed under five criteria: economy, safety, environment, accessibility & social inclusion and Integration. Each route was given a rating under each of these headings.

The study concluded that the selected route would have the least impact on the environment, while also offering the best outcomes in terms of travel time and reliability.

However, it was one of the least preferred routes when it came to the impact on agricultural activity. This was due to the quantity of good quality land and  agricultural enterprises that could be impacted.

It was found that Route 3 would have a “significant agricultural impact on key dairy enterprises near Croagh village”. It could also impact on a number of key equine holdings in the Croagh village to Clonshire area

The study found that  there are  six farmhouses and 21 farmyards within the 300m wide corridor, as well as nine dairy farms, four equine farms and one farm with beef and tillage enterprises. In addition to this there are 89 residential dwellings, three commercial properties and four community properties.

The report is available at www.foyneslimerick.ie