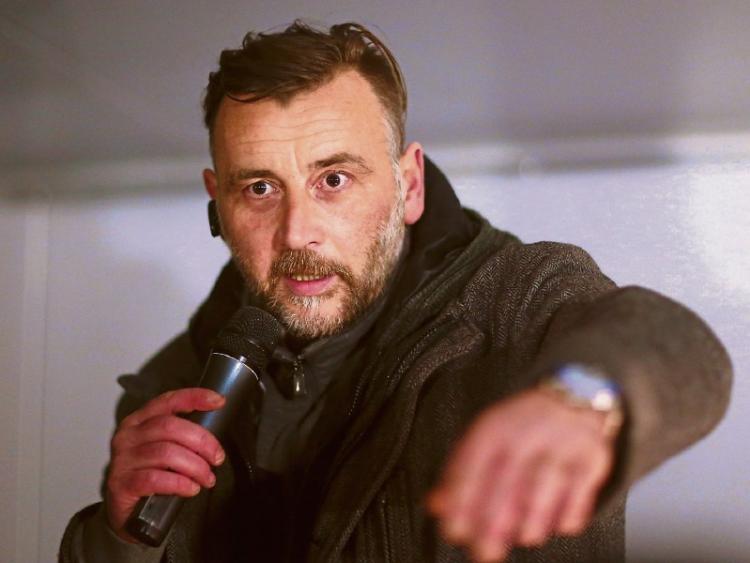 Lutz Bachmann, the controversial founder of Pegida, the anti-Islamist group, is to speak in Limerick this June

THE Minister for Justice has been questioned about how she plans to stop persons from travelling to Limerick “in order to incite hatred”.

The Minister for Justice and Equality Frances Fitzgerald was questioned in the Dail by deputy Pat Buckley if she is aware of the plans by a group to organise a meeting in Limerick this month; “and her plans to counteract such hate groups and to stop persons from travelling here in order to incite hatred”.

Deputy Buckley was referring to an upcoming talk due to be given by Lutz Bachmann, the German founder of a controversial anti-Islam group Pegida.

The Tánaiste and Minister for Justice said that she has been advised by the Garda authorities that they are aware of proposals for this event and that the appropriate liaison has taken place in this regard.

“The persons concerned have been requested to notify An Garda Síochána if the event is scheduled to proceed in order to ensure that an assessment can be made of any policing requirements and that the necessary policing arrangements can be planned and put in place.

“The Garda Authorities will continue to monitor the situation. The Deputy will appreciate that as with all such events the arrangements for policing are operational matters for An Garda Síochána.

“The purpose of Garda arrangements is to ensure that lawful meetings, demonstrations or protests can take place, that peaceful and lawful activities can be carried out and that, in such circumstances, general public safety and order can be supported.

Earlier this month an ex-member of Pegida Ireland told the Limerick Leader that they feared there could be violent clashes in Limerick if its German founder gives an address here this month. The subject of Bachmann's talk, according to Identity Ireland, which invited him to Limerick, is “to highlight the mass sexual assaults on European women by Muslim men”, which they claim has been covered up across Europe.