Walk, run, cycle to help goal to reach €100,000 to adapt the home of a boy who has a life limiting illness 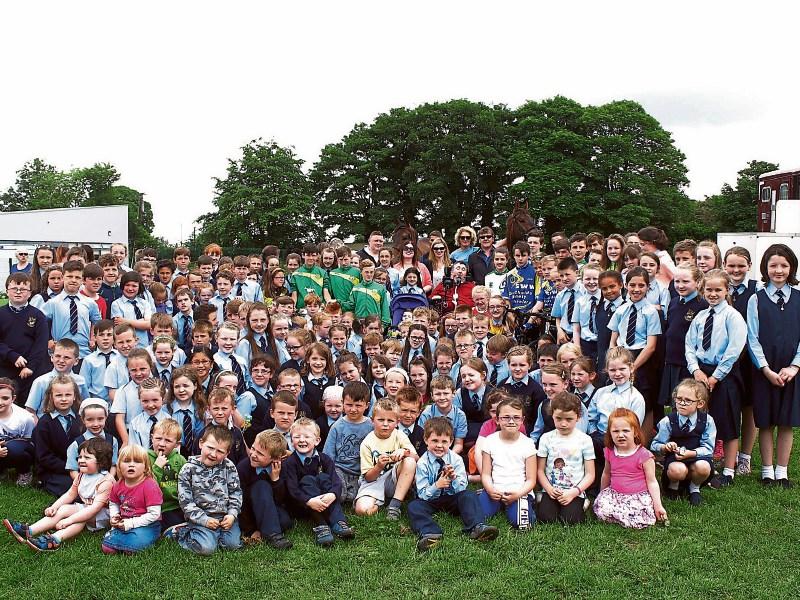 The crowd who attended the launch of the Bruree/Rockhill parish organised walk, run and cycle Fight for Fionn

THE PARENTS of a little boy, have a whole community in their corner, as they Fight for Fionn.

Trevor and Brenda Barry have embarked on a major fundraising campaign to make their son as happy and comfortable as he can possibly be.

Fionn Barry is nearly two-years-old but sadly is unable to do many of the things an average two-year-old can do. He is unable to walk, stand, sit unaided, talk and is visually impaired. Fionn has spent most of his short life in hospital as he has a seriously debilitating and life limiting illness which requires 24 hour care.

As Trevor lived in Bruee for many years - playing sport locally – and Brenda worked in the local playschool Stepping Stones the parish of Bruree/Rockhill decided to join together to support one of their own.

An incredible 17 clubs, organisations and bodies joined together to put on a 5km walk, 8km run and 50km cycle as well as a monster raffle on Sunday, June 26. Events start from 11am. It was officially launched in Bruree National School last Friday by Nina Carberry, JT McNamara and Enda Bolger, who brought along Cantlow and Equal Status.

Margaret Deady, event co-ordinator, said: “On behalf of the community and all the organisations of the parish of Rockhill/Bruree I would like to thank Nina Carberry, Enda Bolger and John Thomas McNamara for taking the time to launch this fundraising event.

“And a special welcome to brave little boy Fionn and his parents Trevor and Brenda. His parents have been to the end of despair and back but are not giving up on their little fighter,” said Margaret. Bruree has certainly joined in that fight.