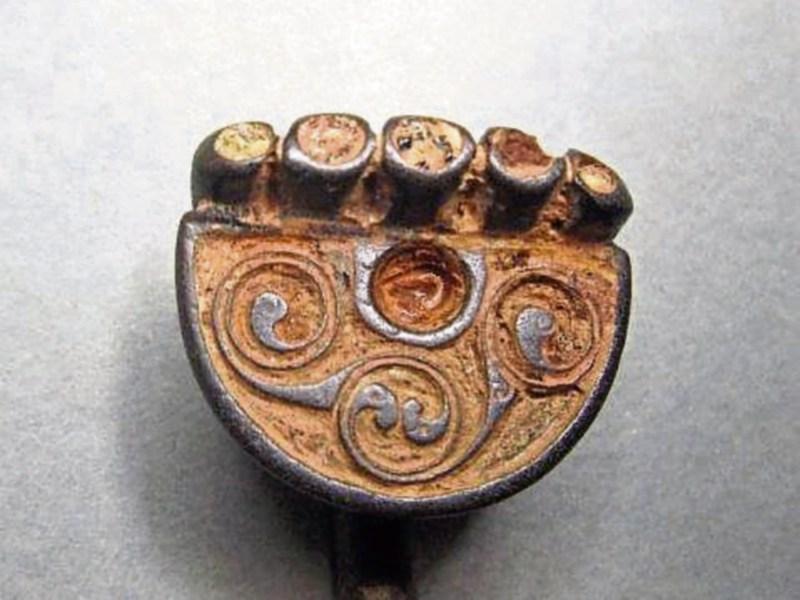 A WEST Limerick builder has made the rare but significant archaeological find of a pin or handpin that is possibly 1500 years old.

But Denis Corbett has agreed with the National Museum of Ireland not to disclose the location of the find. It is not, however, he assured the Limerick Leader, the Newcastle West site where he is currently working.

It all happened quite by accident, Mr Corbett revealed.”I was digging a drain and I thought at first it was a nail,” he said.

But because he has had, through his building work, some experience of archaeology,  he showed his find to an archaeologist who advised him that all such finds are the property of the National Museum.

He subsequently sent the pin to Dublin and the National Museum where  it is being examined and catalogued.

Mr Corbett understands that the pin probably dates back to the 5th to 7th centuries and is possibly made of copper or bronze.

“Handpins are quite unusual and not found very often so each new discovery is of particular interest,” Mary Cahill, Keeper of Irish Anitquities at the Museum has told Mr Corbett. “There are a few others from Limerick including one from the River Deel at Askeaton and another from Carrig Aille at Lough Gur.”

A handpin almost exactly similar to the one found in West Limerick was discovered in Craigywarren Bog in Co Antrim. That one dates from the 7th century and is made of copper-alloy and enamel and is 23cm long. The five-fingered head suggests it is a later rather than an earlier form of such pins. Two bronze pins were found near the mouth of the river Deel in 1873. .

Staff from the National Museum are now anxious to examine in more detail the site where Mr Corbett found the pin. He also found a fragment of a quern stone, used in grinding cereal into flour.

As the finder of two archaeological artefacts, Mr Corbett may yet receive a finder’s fee but this is totally at the discretion of the director of the National Museum.