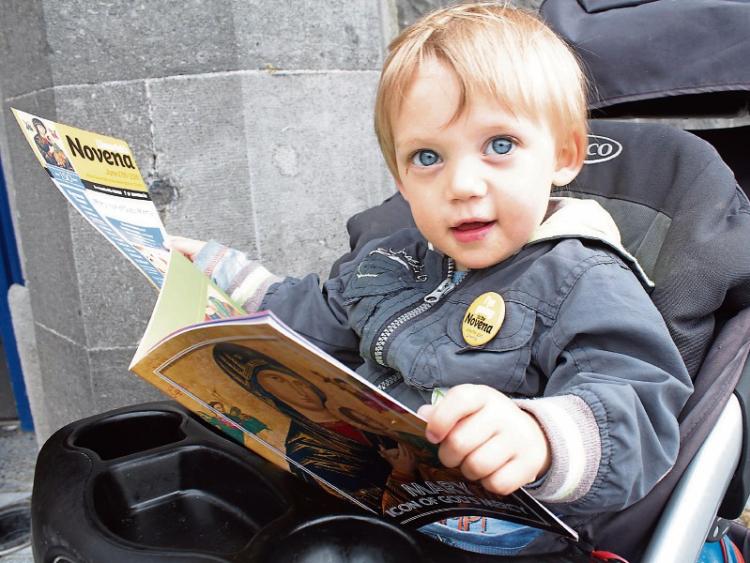 John Meaney checks out the literature for the Novena at the Redemptorists Picture: Michael Cowhey

Considered to be one of the largest religious gatherings in Ireland, the Novena kicked off at the Redemptorist Church at 7am Mass on Friday, where hundreds of people took a pew to offer prayers in thanksgiving to the Mother of Perpetual Help.

From Friday June 17 to Saturday, June 25, people from Limerick and the Mid-West can attend a number of Masses, from 7am to 10.30pm.

Redemptorist rector, Fr Seamus Enright, told the Limerick Leader that people attend the Novena celebrations for a “variety of reasons”.

"I was preaching the other day and the parish priest said to me that the Novena is a bit like the Munster final of religion, and that there is something in the Irish temperament that likes gathering,” he said.

“People like coming together, people like celebration. That is one of the big reasons why people come here; the sense of being a community here."

Another element of the celebrations is the personal Novena prayer - petitions written by the public for issues personally affecting them and their loved ones.

Read from the pulpit, the anonymous petitions usually consist of well wishes for children and grandchildren doing their States exams, and heartfelt prayers for family members who have fallen on hard times, including financial troubles, loss and illness.

Clancy Strand resident Patrick Meaney, who brought his son John to the 11.30am Mass, said he "always enjoys" attending the annual Novena in Limerick city.

"Who doesn't want to promote goodness? It's about showing and having that balance of light in life. Anyone who believes in God has a beacon, which is great to have, since there is so much hurt going on in the world," he enthused.