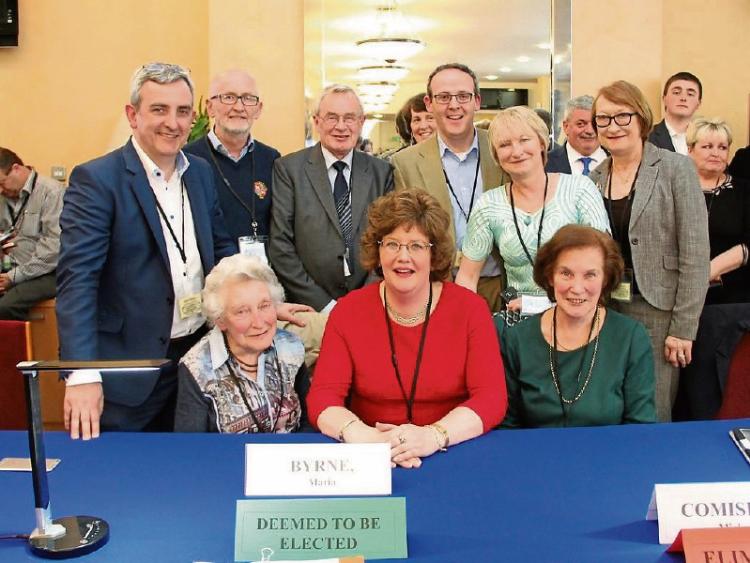 THE contest to replace Senator Maria Byrne on Limerick council has descended into controversy with one of the candidates lodging a formal complaint over the process.

Fine Gael members in City West were expected to meet last Thursday to decide who should be co-opted onto Limerick City and County Council in Ms Byrne’s place.

But the convention at the South Court Hotel in Raheen was cancelled with just hours to go after Patrickswell man Fergus Kilcoyne, who was due to face Elenora Hogan from the South Circular Road, lodged an official complaint with Fine Gael headquarters, who will now launch a probe.

Given the fact Ms Hogan’s James Reidy city branch has four times the number of members as local election candidate Mr Kilcoyne’s Patrickswell branch, many in the party felt she would be the overwhelming favourite to take the seat.

However, in the days leading up to the convention, Mr Kilcoyne wrote to Fine Gael’s headquarters expressing concern over whether some members in the James Reidy city branch were eligible to vote, given their addresses and length of membership.

His intervention means Fine Gael will be one member light in the two upcoming mayoral elections.

As a result, the party will be more reliant than ever on its grand coalition with Fianna Fail. The Limerick Leader understands Mr Kilcoyne’s complaint relates to the addresses of some members in the James Reidy branch, which stretches from the Hunt Museum to the Ballinacurra Creek.

In the past, the James Reidy branch would have covered areas like Mulgrave Street and Childers Road, which are not part of City West.

Since the amalgamation, Fine Gael has realigned the boundaries of the James Reidy branch, but members from these areas  – now part of City East – still remain.

Neither Mr Kilcoyne or Ms Hogan commented when contacted by the Leader.

Limerick’s metropolitan district meets next Friday to elect its mayor, with Fine Gael set to rubber-stamp its candidate – likely to be Michael Hourigan – this Monday.

As part of a deal with Fianna Fail, it is their turn to hold this mayoralty.

Between them, the two parties have ten votes at present, meaning if the other half of the council can unite behind a candidate, the outgoing metropolitan mayor, Fianna Fail councillor Jerry O’Dea would be left with the casting vote.

He said the two parties have “worked well together” in providing leadership on the council, and “I hope that partnership approach will continue”.

The Mayor of Limerick City and County will be elected the following Monday in what will likely be less dramatic circumstances, with veteran Fianna Fail councillor Kieran O’Hanlon set to take the chain.

“I never envisaged when I was elected 25 years ago I could possibly be the mayor of Limerick City and County,” he said this week.