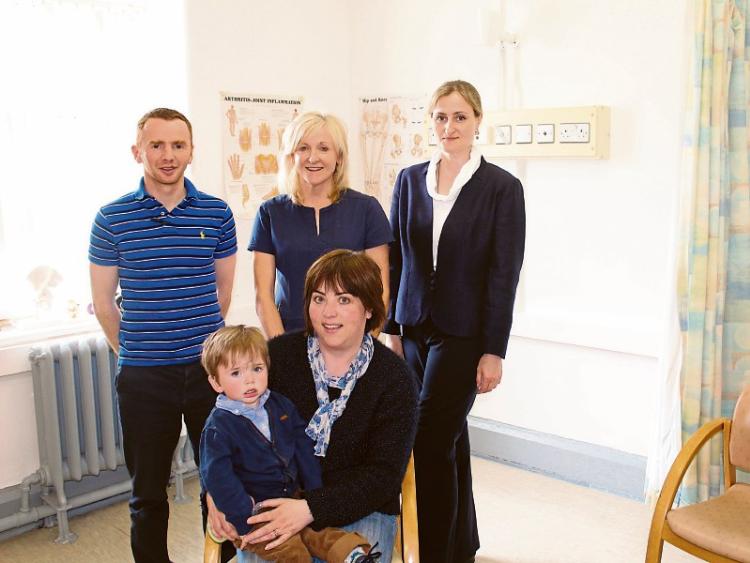 CROOM Orthopaedic Hospital treats more than 50 infants with talipes — or clubfoot — at any one time, according to the UL Hospitals Group.

Clubfoot is the deformation or twisting of the ankle and foot at birth. Up to 15 children in the Mid-West are born with it every year.

The Croom hospital is one of a number of centres in Ireland that applies the Ponseti method, a special technique which has revolutionised treatment for clubfoot in children.

Consultant orthopaedic surgeon, Tom Burke said that for the first six months of the child’s life, casts will go on every single week.

“And for next four years or so, the children are wearing these boots and bars, initially for 23 hours a day and then gradually dropping hourly over six months to a year so that from one year of age they only have to wear braces at night.

“The outcomes are very much better than with the old ways of doing things, which was essentially plaster cast followed by surgery and rehab,” said Mr Burke.

Young Ciaran Hickey, from Kildimo, was born with bilateral talipes and mum Edel O’Mahony said he had been attending the clinic since his second week of life.

“The staff are great here; you never feel rushed.

“It’s something that takes time and commitment over many years but the main thing is it is something that will not hinder him in life. We expected that he would not be walking before two but it was in January that he started, a few months before his second birthday. In fact wearing the boots and bars has meant his legs have got very strong and he can do all kinds of acrobatics,” Edel said.