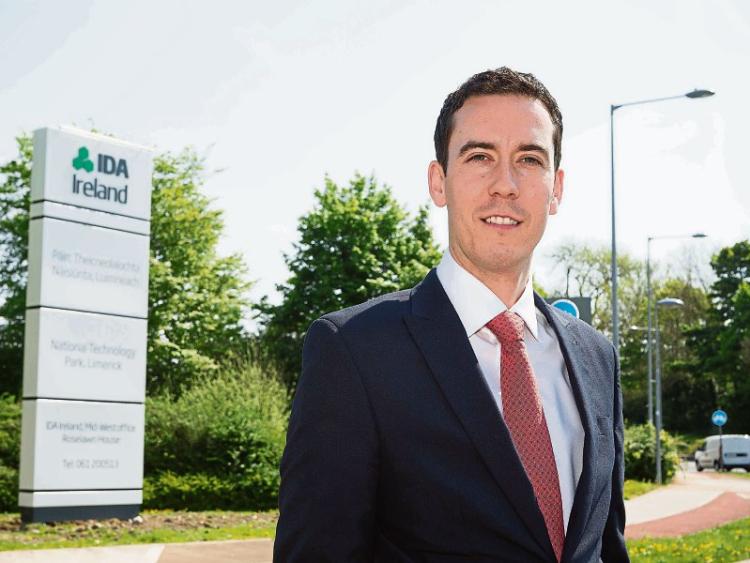 COUNCILLORS’ decision to reject plans for the Northern Distributor Road is being seen as a “potential barrier” to more foreign direct investment, it was heard at a strategic policy committee meeting in Limerick City Hall this week.

IDA Mid-West regional manager, Niall O’Callaghan, gave a presentation at the Economic Development, Enterprise and Planning SPC meeting on Tuesday afternoon, to highlight the progress of foreign direct investment [FDI] in Limerick over the past year.

He told a small number of councillors that, though IDA’s strategy for Limerick is working, the “lack of a Northern Distributor Route is a significant barrier to further investment” for existing companies.

He told the Limerick Leader he would “certainly be in favour if the route was to be reconsidered”, saying it will be attractive to businesses operating from the National Technology Park, Annacotty and the City East Plaza.

“This route will alleviate the amount of traffic congestion, and will help these companies to further their expansion within the future,” Mr O'Callaghan told the meeting.

City and county councillors told Mr O’Callaghan that the route would only cut 10 minutes from the person’s journey.

He replied: “You say that it will only take 10 minutes off your journey. We are competing with cities like London, Manchester and Hong Kong, and those 10 minutes would mean a lot to us.”

Sinn Féin councillor Séighin Ó’Ceallaigh said: “A democratic decision was made and we voted against the Northern Distributor Road. Is this going to be another version of the Lisbon Treaty? Are we going to have to keep voting on it?”

During his presentation, Mr O’Callaghan added that the route would also be a “key selling point of easy access” to Shannon Airport.

IDA Ireland is hoping that, in the future, there will be more European routes connected to Shannon.

“The business case for more European daily routes from Shannon needs to be supported to improve connectivity,” he said at the meeting.

“It is also important to note, the only boundaries that FDI companies recognise are international — not county specific.”

In light of these comments, he said that Limerick City and County Council should be working with other local authorities in the Mid-West on building business cases.

He explained that because Limerick is not a well-known international city due to its comparatively low population, the region has to “over-index” in other areas, such as infrastructure, transport, education and its cultural scene.

Mayor of Limerick City and County, Cllr Liam Galvin called on IDA Ireland to lobby for an improved road network for the N69, N21 and a new Limerick-Cork motorway.

Labour councillor Joe Leddin said that the proposed motorway should be built “in stages” due to the high cost.

There are 8,849 staff across 52 IDA client companies in Limerick, with an average of 170 employees in each company.

“This represents 8.1% of IDA’s total company portfolio outside of Dublin, when we only have 4.4% of the population.

“Limerick is over-indexing and punching above its weight when it comes to FDI and this is clear evidence IDA’s regional strategy is working for Limerick,” Mr O’Callaghan said.