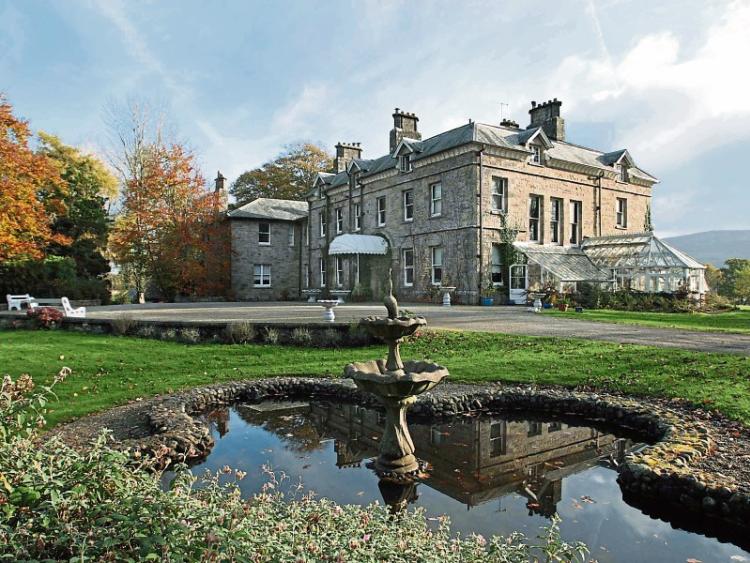 Tinerana House, Lough Derg, which is owned by Gary McNamara

A LIMERICK man has been sentenced to two and a half years’ imprisonment for his role in a burglary which gutted a mansion that is owned by a son of Euromillions winner Dolores McNamara.

Almost €130,000 worth of damage was caused to Tinerana House, Killaloe, and around €10,000 worth of antique light fittings and fixtures stolen in the burglary which happened sometime between August 17, 2013 and September 14, 2013.

The stolen property was later sold for the nominal sum of €1,355 to a Limerick scrap metal depot, where a second accused was implicated in handling the property.

Detective Sergeant Oliver Nevin of Killaloe Garda Station previously outlined that Tinerana House, which is situated on 200 acres of land, is now owned by Gary McNamara who currently runs it as a working farm.

He said following the burglary “the premises had been gutted of all of its light fittings, copper piping and cylinders”.

A total of 16 bathrooms in the property had been “practically gutted of all their antique brass fittings”, all of the bathrooms had been “smashed apart”, carpets were taken up to access copper piping, and three copper cylinders from hot presses had been removed. One of these had been thrown down the stairs causing further damage.

Gardaí recovered 50% of the antique light and bathroom fittings after their investigation led them to Clear Circle Metals in Limerick and to Browne and Lee. However three copper cylinders and all of the stolen copper piping was not recovered.

Imposing sentence on Tuesday, Judge Gerald Keys said:  “The message must go out that anyone who engages in this kind of criminal behaviour will not be treated lightly by this court”.

Addressing Lee the judge commented that he found it “very difficult” to accept that the burglary had been carried out by one person.

“Although you contend it was your operation. I find it unlikely to be a one person operation,” he said.

Speaking about Browne, Judge Keys said his level of culpability was not at the same as Lee’s even though he was “caught on CCTV delivering the stolen goods and sharing in the spoils”.

Browne’s sentence is to run concurrently to a prison sentence which he currently serving for a separate offence – meaning he will likely serve an additional 13 months in prison.