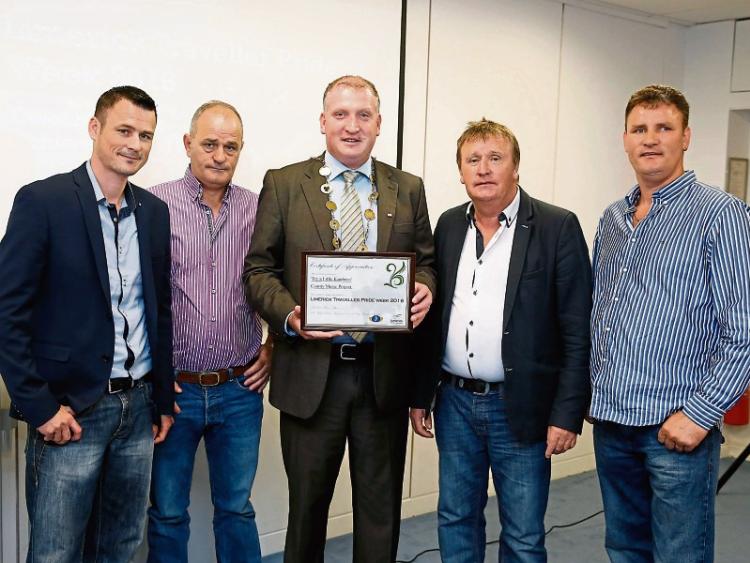 MEMBERS of the public have an opportunity to gain a deeper understanding of the local Travelling community culture at a special photographic, woodwork, glasswork and arts exhibition at Limerick City Hall.

The exhibition launch, which was attended by the local Travelling community, elected representatives, members of the arts community and council officials, also saw the unveiling of a music DVD made by an Askeaton men’s group, this Tuesday.

The occasion marked the start of Limerick Traveller Pride Week celebrations, which is run by Limerick City and County Council in conjunction with numerous agencies, including the HSE.

Willie Harty, of Askeaton, who took part in the music project, entitled Try A Little Kindness, said that the purpose of the DVD was to create positive awareness of the Travelling community. He also wished to address the high levels of suicide within the community.

“We were concerned about the rate of suicide in the Travelling community," he explained.

He said that, while there is discrimination, the Travelling community has “integrated well” into society.

“You have discrimination and that is always there. To an extent, it will always be there. It is something that we will strive to get over.

“But if you look at us here today, there is a big crowd of people here. We are all integrated together.

“We are all skin and bone, we are all flesh and blood. And all you can do is your best. We need to move and move forward.”

The HSE, with Traveller primary health care groups, launched a book of nursery rhymes for Traveller children, aimed at promoting speech and language.

Mayor Cllr Liam Galvin launched the programme, forming part of the inclusion of Traveller Culture in the European Capital of Culture bid. Council senior executive officer, Seamus O’Connor said that the response to the programme has been “excellent”.

“Culture is deeply embedded in the DNA of the travelling community and we are giving them a long overdue platform to express this,” said Mayor Galvin.