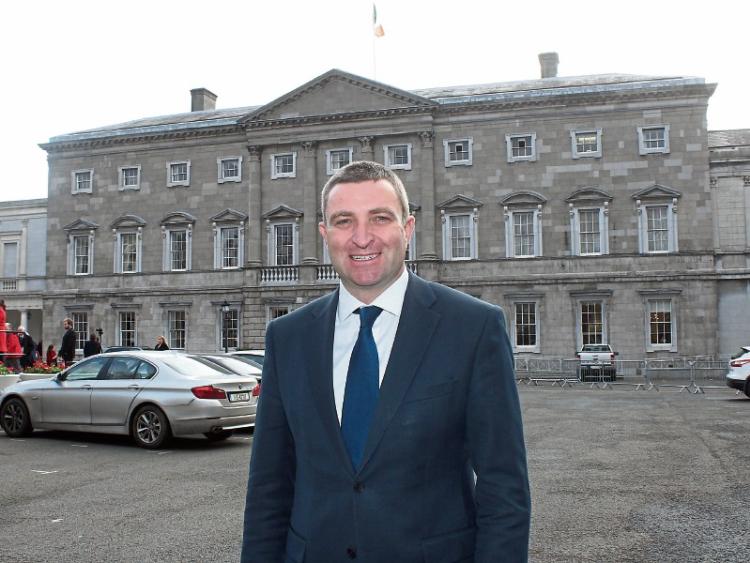 Deputy Niall Collins highlighted the issue in the Dail recently

THE PLIGHT of a Limerick taxi firm, which has seen its insurance premium increase by 100% and now faces a risk of closure, has been highlighted in the Dail.

Fianna Fail deputy Niall Collins highlighted the case of Tower Cabs, of the Garryowen Road, which has been run by Tom Hannon, 61, for the past 12 years, and his sister Rose.

Deputy Collins did not name him personally or his business during the Dail debate on insurance, but Mr Hannon has since spoken about how he couldn’t fathom the increase, when he has had no claims.

Mr Hannon runs a taxi business with a fleet of eight taxis and has an 11-year no-claims record. “There have been no claims against him, not even for a windscreen. There have been no minor pay-outs. In 2013, he paid Liberty Insurance €7,000 for his fleet renewal premium. In 2014, he paid €14,000, which was an increase of 100%.

“He was asked to pay €56,000 in 2015 so he found an alternative provider, a new company, and paid it €31,000. That provider is now leaving the Irish market and nobody is willing to insure this man’s fleet of taxis. I realise the taxi business is a high risk industry and that there have been many high-profile cases involving taxis, but this man has an 11-year no-claims bonus,” he emphasised.

Deputy Collins urged for the re-establishment of the Motor Insurance Advisory Board, MIAB.

He said this would “give people a degree of transparency and certainty”.

He continued to say that the motor insurance market is also “dictating very onerous terms”.