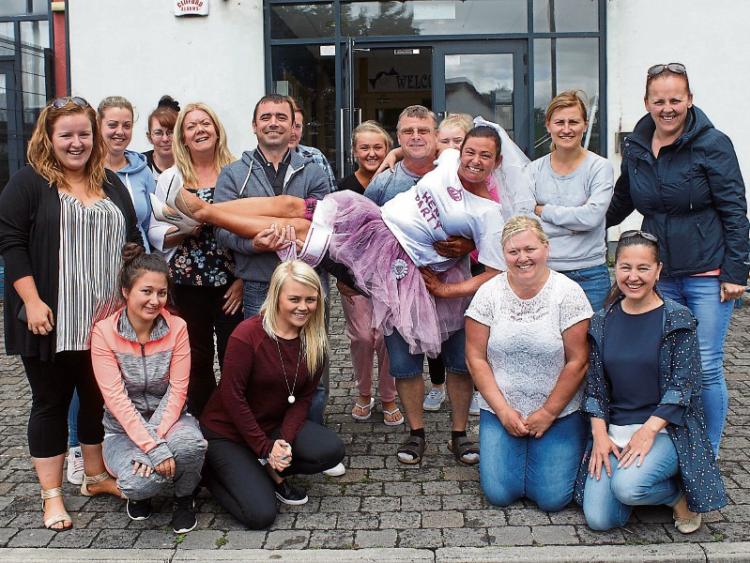 Rachel Quinlivan is lifted up by her friends and fellow workers at the Tic Toc creche Pictures: Michael Cowhey

RACHEL Quinlivan, who has spent 11 days fighting for redundancy dues from Tic Toc nursery, abandoned her ‘sit in’ protest this Tuesday to say: ‘I do’.

The mother-of-three is one of 17 crèche workers who were let go without warning when Tic Toc closed its Westbury centre nursery.

Since then, Rachel and her colleagues have been staging a ‘sit in’ protest, and have pledged to remain in the building until they get holiday pay, redundancy settlements and forms allowing them to claim social welfare support.

Rachel, 40, from Westbury, decided to go ahead with her wedding to partner of over ten years, Shanagolden man Lawrence O’Shaughnessy because of the huge deposits she would have been unable to recover otherwise.

The crèche worker – who had five years service with Tic Toc – was set to tie the knot this Tuesday at the Star of the Sea church, Quilty.

But she says the buildup to her wedding has been ruined, and many of her friends from the Tic Toc nursery will be unable to share the day with her due to fears over finances.

She said: “I should be relaxing and taking it easy ahead of my big day. But I don’t know whether I am coming or going, trying to organise, trying to phone people and make sure everything is in place. It has been a nightmare. I am really anxious now. But I have to be here to be here with the girls to stand up for what we deserve.”

Due to her redundancy, Rachel – mother to Reece, 16, Jody, 13 and Anna, 7 – has been forced to scale back her pre-wedding plans.

Her hen do – a spa-day with friends at the Woodlands House Hotel, Adare – has been cancelled, while a Mediterranean cruise with her partner has also been put on hold.

Rachel is devastated that many of her colleagues will not be able to join her in Spanish Point, saying: “I am really upset by this. It should have been an enjoyable night for them.”

But she is holding out hope the ‘sit in’, which has been going on since Friday, June 3, will conclude so some can attend the reception at the Armada Hotel, Spanish Point. 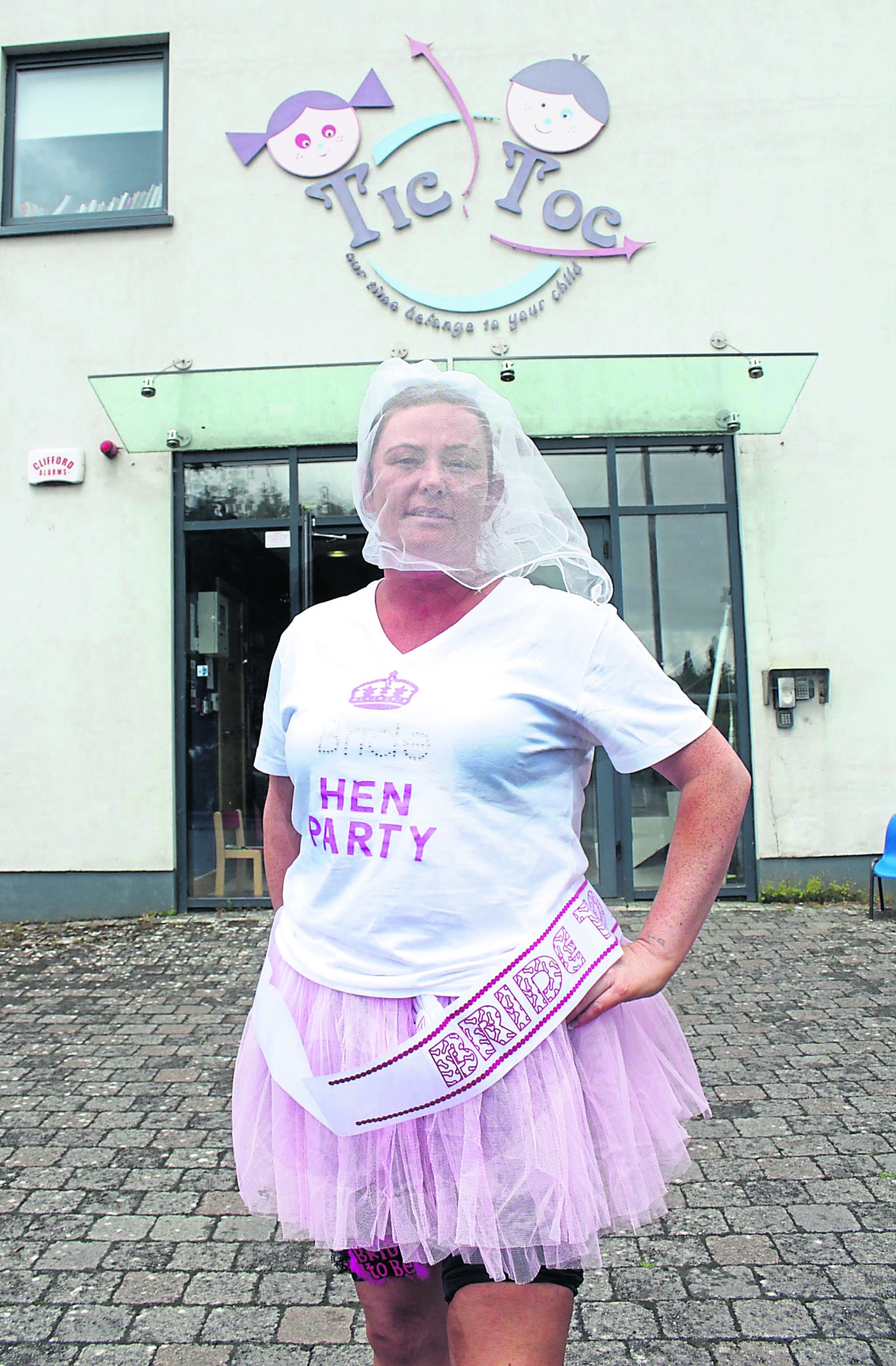 Rachel’s lifelong friend Rose O’Donnell, who is the spokesperson for the Westbury workers staging the ‘sit-in’, said: “It is completely ridiculous. She has been here for ten days and she cannot enjoy the build-up to her wedding.”

She added she is “angry” at Tic Toc representative Peter Keogh and the liquidator for not visiting workers sooner and bringing the dispute to a close.

“I am very angry when I look at her so upset, and looking at her children so upset, not knowing whether it [the wedding] is going ahead. Not only that, Rachel has worked very hard to pay for the wedding. I know this, because I could see it every day. Then to have to cancel things and scale back on things she thought she was going to have for her wedding is just terrible.”

Former staff of Tic Toc crèche are set to end the sit in after receiving assurances any monies outstanding will hit their account. They are likely to leave the premises this Tuesday.