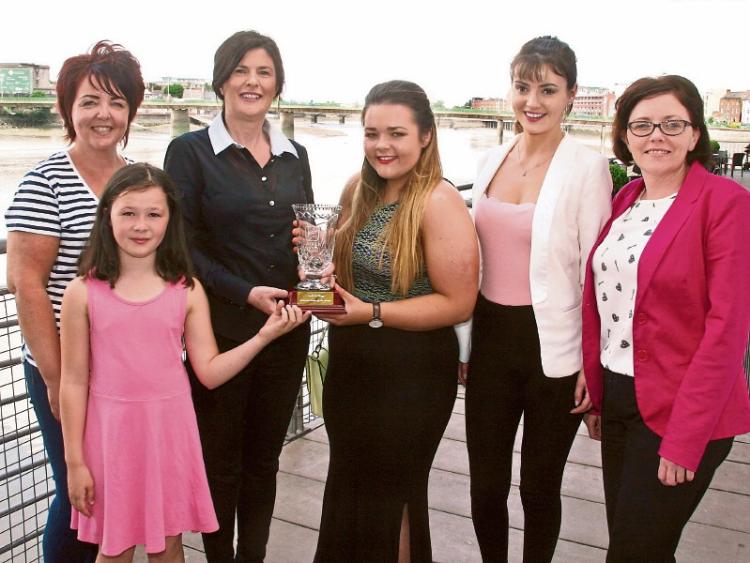 A TEENAGER who has worked tirelessly to raise awareness of meningitis since she lost her 16 month old sister to the disease last year has been named the Limerick Person of the Month.

In April, 2015 Leah Melling's life changed forever when she sadly lost her infant sister Lola Jane to meningitis.  Lola was a beautiful, healthy little girl and losing her so suddenly and tragically was devastating for Leah, her family and indeed their whole community.

In June of last year, Lola’s family came together with the people of Limerick in a bid to raise life-saving awareness of meningitis and essential funds for the national meningitis support and awareness charity, ACT for Meningitis. They organised a tattoo fundraiser at Lola’s dad Ross Nagle’s tattoo parlor AllStar Ink Tattoo, raising over €19,000 for ACT.  Inspired by the success achieved in raising awareness of meningitis on the day, Leah decided to organise a ball in memory of Lola and, once again, in aid of ACT.

“I’m delighted. I can’t believe it,” said Leah, 17, at the person of the month presentation this Tuesday at the Clarion hotel where she was accompanied by her mum Ruth, sister Holly, 10, four week old baby brother Scott along with Dawn McGoldrick of ACT for Meningitis.

“ACT were so good to us when Lola passed and instead of just saying thank you, I wanted to actually go and do something to show our gratitude,” added Leah who spearheaded  the ball which was attended by a number of well-known faces including performer Leanne Moore,  Richard Lynch of I Love Limerick and Sinead Kennedy of RTE.

Lola was a chirpy, happy-go-lucky toddler when she was struck down with meningitis.

Leah can recall the day, vividly.

“ I was at home. She was crying and she had a temperature. They brought her to the doctor because they thought it was teething. She didn’t display the rash until she was going to the hospital. People don’t know enough about it,” said the brave teenager who resides at Mill Road Road, Corbally.

The little girl with the beautiful long eyelashes was known by her nearest and dearest as Lola Lashes. “She was such a smiley little girl,” Leah recalled.  “She had the nickname Lola Lashes and was called our little butterfly and that is why we had a butterfly theme to the ball.”

“For the tattoo fundraiser everyone got a butterfly tattoo and paid €50 for it. I got one here,” said Leah, pointing to the design on her ankle which features Lola’s name.

Leah, who is going into sixth year at Ardscoil Mhuire in Corbally, got the ball rolling, so to speak, last December when she phoned Dawn McGoldrick of ACT for Meningitis  to talk about her idea and to get some advice on how to get started.

“From our very first conversation, I was amazed by her drive and dedication to helping us save lives and rebuild futures.  She soon put together an equally dedicated committee and worked tirelessly for the next four months to ensure Lola’s Ball was the massive success that it was,” said Dawn who travelled from Galway for the award presentation.

ACT for Meningitis is a non-profit organisation based in Galway. It was established in 2011 by Siobhán and Noel Carroll, who in 2008 lost their precious daughter Aoibhe, aged four, to meningitis. Since losing Aoibhe, Siobhán and Noel feel that there is an urgent need to increase awareness and educate people of the signs and symptoms of meningitis. They set up ACT for Meningitis. ACT stands for the Aoibhe Carroll Trust.

“We ask people to trust their instinct. Everyone knows their own child and when something is not right. Get to know the signs and symptoms - it can, and has, saved lives. Anyone of any age can get meningitis,” said Dawn.

“Leah has become such an amazing ambassador for us. When she speaks about meningitis and how it affected her family, she speaks from the heart.”