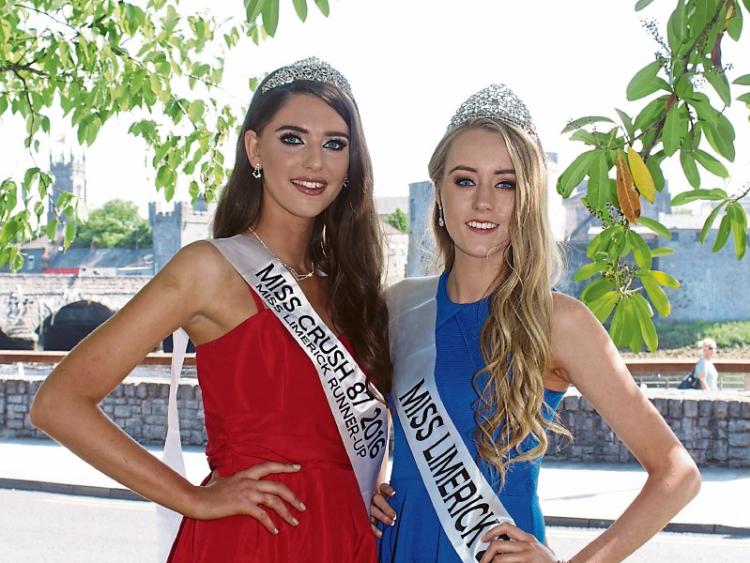 THE NEWLY crowned Miss Limerick says she doesn’t feel there is enough being done to tackle the high rate of suicide in Limerick.

Aoife McNamara, 18, who is originally from Corbally but moved to Broadford in County Clare two years ago, is keen to pursue a career in psychiatric nursing and has just finished a year of pre-nursing at Limerick College of Further Education.

“In Limerick, there is such a high rate of suicide. There are things being done but I don't think it's enough,” she said.

“I hope to make a difference. It breaks my heart every weekend seeing helicopters out - I don’t think it should happen," she said.

When asked if she would like to pursue a career in modelling, she said: “I would prefer to get my career first and work as a model part-time.”

"I was a bit shocked. I kind of froze when it happened and then all my family came running at me and it took me about 10 minutes to get up on the stage," smiled the blonde beauty who was accompanied at the pageant by her parents Lavinia and Michael, brother Paul, 12, and sister Saoirse, 9, and a number of aunts and uncles.

“Even my little sister started crying with excitement,” Aoife recalled.

“We stayed in Crush for an hour and then we went to The Red Hen because they were my sponsors. We stayed there until 2am, then we went home and got food - we didn’t get to sleep until half three or four o’clock.”

Aoife who stands at 5’ 11”also models with the Holman Lee Agency.

“I have done a year of modelling with Celia. I have done one or two fashion shows for a breast cancer fundraiser. I had a small bit more confidence because I knew how to walk properly.”

A former student of Scoil Ide primary school and Ard Scoil Mhuire secondary school in Corbally, Aoife feels her overall confidence and ability to engage with people stood to her in the Miss Limerick final.

The blonde beauty who will represent Ireland in the Miss Ireland competition later this summer describes her style as laid back which is in keeping with her love of the great outdoors.

“On a normal day I would just wear jeans and Converse but going out I would be more into dresses but not too tight or not too short,  figure hugging but not showing too much.”

She looks up to the Irish models including Rosanna Davison and former Miss Limerick Shauna Lindsay and enjoys walking in the countryside with the family dog.

“Out in Broadford there are mountains everywhere. I love nature, walking and looking at beautiful scenery. We have a two-year-old German Shepherd Josie. We love taking her for walks and up the mountains and she loves it too.

“I thought when I turned 18 that I would be out every weekend but I don’t really go out much.

Aoife is keen to use her profile to good use by becoming an ambassador for different charities. “I would especially like to help the homeless, cerebral palsy and the Irish Breast Cancer Society. My mam recently got the all clear from breast cancer,” she explained.

Aoife was full of praise for the other contestants in the pageant. “  They are just amazing. They were really friendly and nice.”

“I would like to thank my sponsors The Red Hen and Virginias Bridal for sponsoring my make up and my dress. The Red Hen also paid for my hair as well as my entry fee; and thanks to all my family for supporting me.”

“I am thinking about pursuing modelling or fashion marketing,” said Ciara will now compete in the semi final of Miss Ireland. Ciara was accompanied at the pageant by her parents Sharon O’Callaghan and Brian Buckley. She is modelling with the Holman Lee Agency and Andrea Roche.

“Aoife and I knew each other so we were so happy when the two of us got it,” she smiled.

“It’s not easy to put yourself forward - it is a very brave thing to do. Many of the girls were bags of nerves. It was all so new to them but I have to say that they really did fantastic. They were so gracious and complimentary to the winner.  I am very proud of these young ladies,” she said.