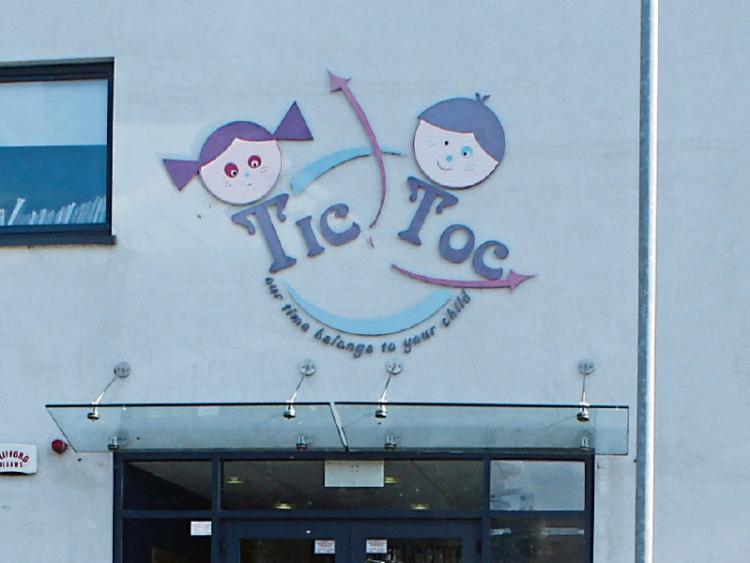 PARENTS in Westbury have laid the blame for the sudden closure of the Tic Toc nursery on company representative Peter Keogh.

While a staff sit-in at the facility is expected to end today, parents were yesterday left counting the cost of not having anywhere to send their children on the first day back after the Bank Holiday weekend.

In a letter to Mr Keogh, parent Michelle Keyes asked: “How would you deal with an employee ringing you to say they won’t be into the office until they find alternative suitable employment for their child because their crèche has closed without any notice leaving lots of parents anxiously competing for the limited number of places available in nearby crèches and childminders?”

Another parent has revealed he was yesterday forced to cancel an important business meeting due to a lack of childcare, while another says it is an “emotional upheaval” to have to change the nursery her children are at.

Fianna Fail TD Willie O’Dea says there have been calls to have a “community crèche” opened among the affected workers and parents – but he conceded this was unlikely.

Staff are expected to leave the facility at some point today, once redundancy payments, plus holiday pay and salary in lieu of notice paid hit their bank accounts.

Mr O’Dea confirmed himself and Siptu chairman Frank McDonnell have been in talks with the Department of Social Protection to ensure the 17 former childcare staff get quick access to welfare.

Carraig Midhe-based businessman Martin O’Regan, who had two children at Tic Toc said: “I was to meet with some representatives of Tourism Ireland in Dublin today. It was a big opportunity, as I have been trying to meet with them for the last year. But I have had to cancel it.”

Sarah Kieran, a lecturer at UL, said she has stepped in to care for the child of another couple who otherwise would have had to miss work.

“I viewed the women in Tic Toc as helping me rear my children and to have that just pulled out from me overnight is a big shock,” she said.

Mr Keogh acknowledged it was a difficult situation for all concerned and said the liquidator had met with staff and agreed to resolve all matters.