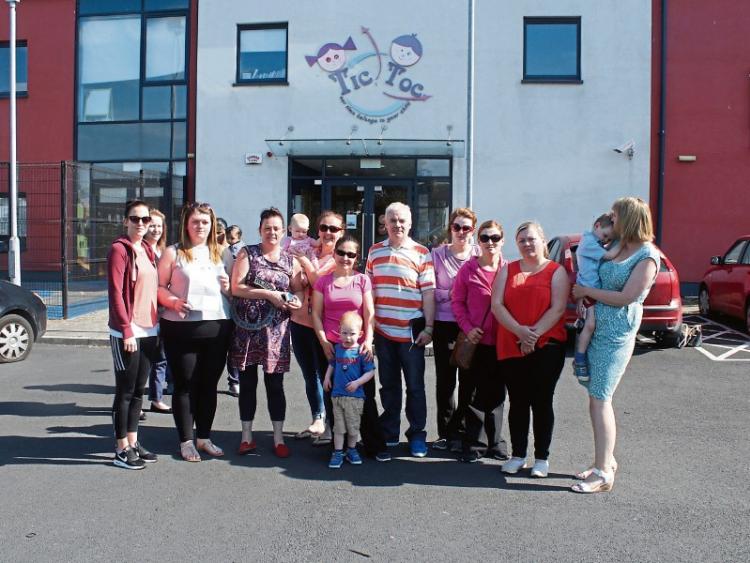 CRÉCHE staff have vowed to continue a ‘sit in’ protest until they get paid their redundancy dues.

There was shock last week when Tic Toc’s three crèches in Westbury, the city centre and Newcastle West closed down, with the owners saying in a letter the business was “unviable”.

It states an international fund taken on to service a debt from Tic Toc will not provide summer support.

While company representative Peter Keogh says the creches at Riverpoint in the city, and Newcastle West will reopen under new ownership this Tuesday, the Westbury branch is at present closing.

After news emerged of the closure, the 17 staff working in Tic Toc Westbury set up camp in at the purpose-built centre. They remained there on Monday night, with staff spokesperson Rose O’Donnell saying: “Only when every single last girl here gets everything they are owed in their account, and we can see it, then we will move”.

It is the staff’s hope this will happen at some point this Tuesday.

Mr Keogh, for his part, said: “The liquidator met with staff, and agreed to resolve all matters. That’s where it stands.”

He also says there are two parties interested in taking over Tic Toc Westbury.

Ms O’Donnell says staff do not feel “adequate notification” was given to staff or parents in relation to the closure.

“We are just unhappy with this. We feel it is very wrong. We feel we were treated like monsters, like animals,” she added.

Siptu chairman Frank O’Donnell has been supporting workers, while there have been visits from Willie O’Dea, Kieran O’Donnell, and Cllr Cathal Crowe.