Back to work for Limerick's dairy farmer of the year 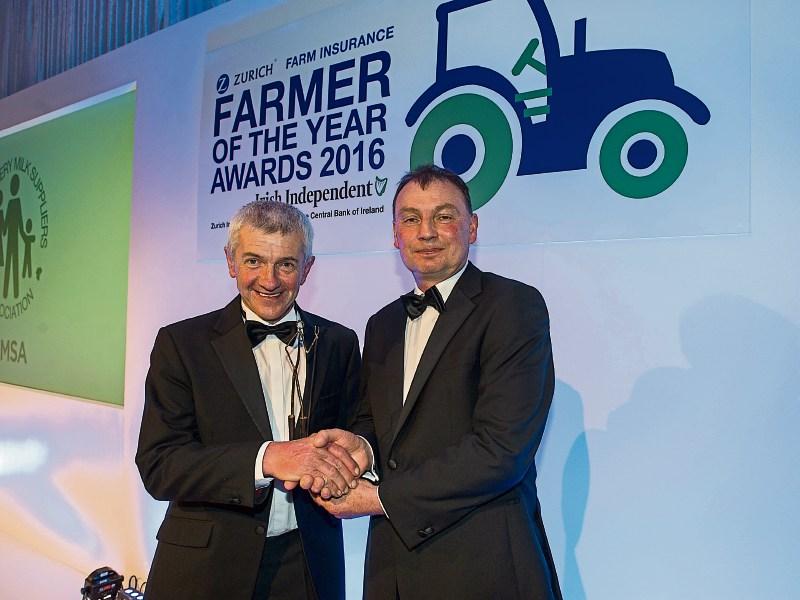 THE SUN shone on all Limerick farmers this week but especially the dairy farmer of the year – Robert O’Dea. Like many, the Kilteely man made the most of the good weather to make silage.

“The sunshine is heaven sent. It is great to get it at the right time,” said Robert.

Being nominated is a great honour but Robert went one better and claimed the top prize at the black-tie event in Ballsbridge.

“I don’t do it to win awards but it is nice to get it. I was nominated by my Teagasc adviser Aileen Walsh and then had to submit all my farm reports – profit monitors, herd EBI, co-op reports etc,” said Robert, who is obviously very strong across the board.

The Dairygold supplier, who milks 94 cows on 107 acres, is married to Anne and they have four children – Maura, Denis, Sean and Stephen. Robert and Anne attended the gala event with his brother and sister, Pat O’Dea and Phena Moroney. He wished to thank local man Noel English who helps him with relief milking and all farmers who open up their land.

“I’d be a great man for going to farm walks. I picked up an awful lot of knowledge at those events,” said Robert. For judges to name him farmer of the year you would think he devotes his life to the land but in fact he is chairman of the local community council and GAA club.

Robert’s win cements Limerick’s reputation as home to some of the most technically skilled and progressive milk suppliers in the State.

Presenting the award, ICMSA president John Comer said his skill and commitment could not be doubted and that the award was an honour for Robert, his family and Limerick ICMSA.

“He has reached a level of farming excellence that has attracted the admiration of numerous bodies and publications. He is a member of the Kilteely-Dromkeen dairy discussion group and his triumph is a popular one,” he said.

Congratulations also to Croom butcher Pat Barry who was a finalist in the beef farmer of the year category.