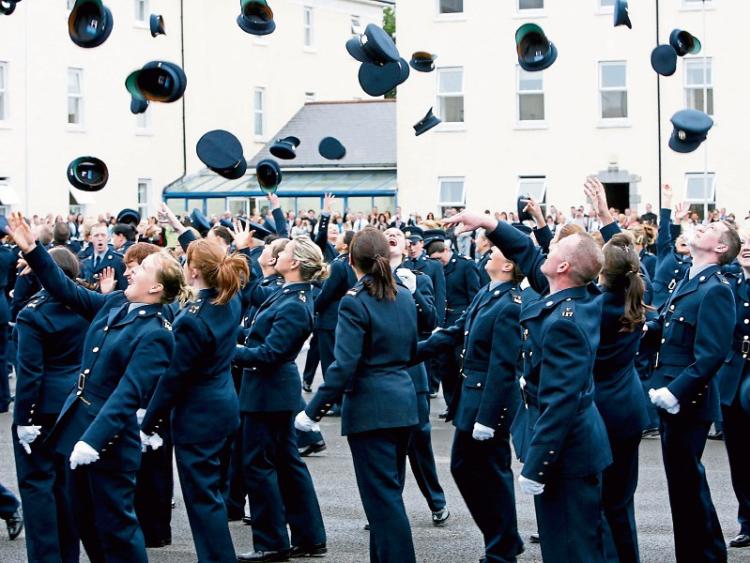 Gardai at a previous passing out ceremony in Templemore

CHAIRMAN of the joint police committee, Cllr Sean Lynch says he is “not surprised” that Limerick is not to receive one out of 147 new gardai.

The former detective said: “It is an absolute disgrace. This government don’t appear to want to know anything beyond the Red Cow roundabout.”

New figures obtained by the Sunday Independent reveal 75 of the next tranche of 147 recruits passing out from Templemore in the next few weeks will be stationed in Dublin. The majority of the remaining will be deployed in Leinster. Tipperary has an allocation of 10, Clare is to benefit from five more.

With the capital’s gangland war Dublin needs the vast majority but Limerick not getting a single one is “not good enough”.

“I will be raising this at the next joint police committee meeting. We have a number of garda stations that on paper are manned but they are not due to the lack of manpower. Why are we codding the public?

“The gardai in Limerick are under fierce pressure. Every station is under pressure. Limerick is lucky in the sense that we don’t have anything serious at the moment but we are still just there or thereabouts and certainly can’t afford to take our eye of the ball. The chief and superintendents are going to have to make do with what they have,” said Cllr Lynch, who calls for the pay of gardai to be increased to stop the number of experienced gardai taking early retirement.

“Morale is very low. They are not getting paid for their sevice. I have asked before about danger money because the job has become so dangerous.

“ There are so many experienced, knowledgeable members who have retired because of pay and conditions. It wasn’t paying them to stay on.

“We are very lucky that we have gardai with vast amount of experience behind them in investigating serious crime. My fear is they are coming close to retirement and when the day comes for them to retire they will go.

“I believe there wouldn’t be as many of them looking for promotion if their pay scale was just below an inspector’s. You are then holding on to your key players, talent and experience.”