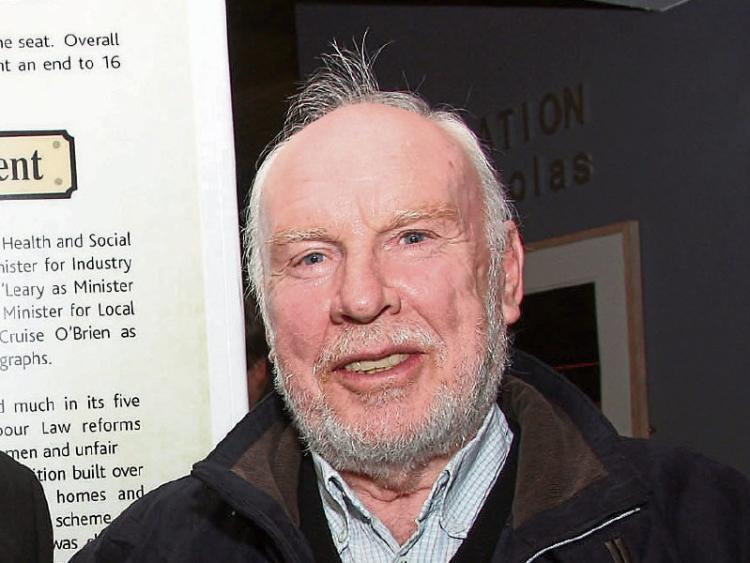 LOCAL Labour stalwart Joe Kemmy has lashed out at his party’s executive in Limerick, accusing them of having a “biased, petty and childish” attitude.

It came after they issued a statement in the wake of Alan Kelly’s dashed leadership challenge last week insisting that Mr Kemmy’s comments made on RTE Radio One were made in a personal capacity.

On Today with Sean O’Rourke, he said local Labour members felt “totally disenfranchised by the lack of a [leadership] contest”, adding the plot from the party’s parliamentary party “would outdo Machiavelli”.

As Mr Kelly failed to secure a seconder, multiple sources indicated the new leader Brendan Howlin would have withdrawn from any leadership contest anyway.

The lack of a contest caused division locally, with many Labour figures sympathetic to the Tipperary TD.

While Mr Kemmy did not issue any further statement last week, this Wednesday, he said while the Labour executive was correct to state he was speaking in a personal capacity, they did not make a similar intervention for Cllr Frankie Daly.

The northside member, Labour’s leader on the local authority, said he favoured a “consensus” candidate in the form of Mr Howlin, rather than a leadership contest.

Mr Kemmy said: “I was speaking in a personal capacity, and I never claimed otherwise. However, the executive made no comment on the fact Cllr Daly, who was the first person in Limerick to issue a statement on the leadership was also speaking in a personal capacity. Unless of course the fact he took a contrary view to mine had something to do with it.”

He added: “I find it interesting and amusing that the executive would comment in such a biased, petty and childish way when their silence on the state of our hospitals, the fact that people are losing their homes every day, the fact Tesco workers are facing cuts to their wages in this city and throughout the country, and more and more families are homeless is deafening.”

In terms of the initial interview on RTE, Mr Kemmy said he was contacted by the state broadcaster – not the other way around.

In response, Jan O’Sullivan said: “I think the executive took the view, because they felt there was an impression that Joe was speaking for the members in some official capacity. It was simply to clarify that”.

In a statement, the party’s local PRO Tom Shortt said the first intervention was to address one issue: “The executive was satisfied with the extensive process of consultation conducted by Deputy Jan O’Sullivan concerning the selection of a new party leader. Joe Kemmy was away for a few days, the Labour party has moved on, and the Labour parliamentary party in the Oireachtas is united behind Brendan Howlin.”