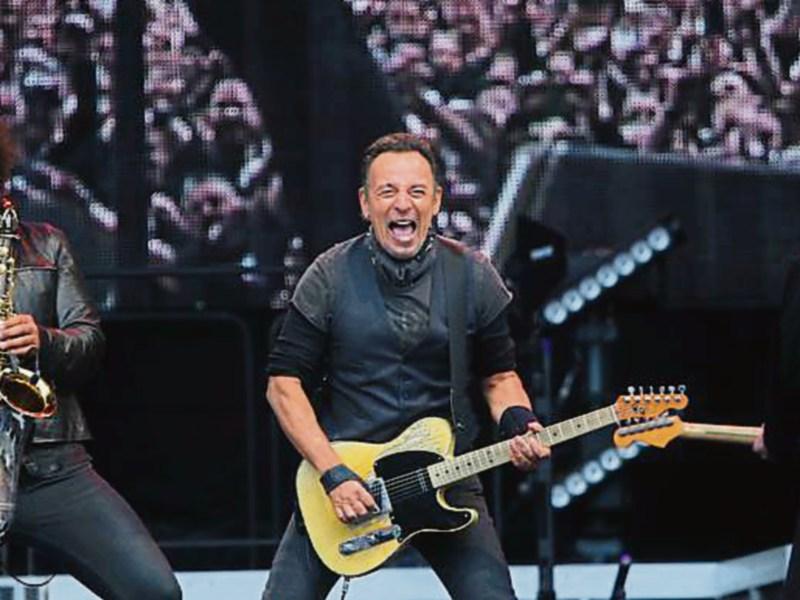 WHILE another superstar might have taken the easy option and pulled the plug on their performance, a nasty head cold wasn’t going to stop The Boss, Bruce Springsteen, from thrilling over 160,000 fans in Croke Park over the weekend.

According to his good friend, Limerick horse trainer Enda Bolger, Bruce “worked harder on those two shows than I’ve ever seen him work.”

Enda, who has known Bruce for several years, teamed up with him between the two sell-out gigs, for some bowling in Stillorgan on Saturday night.

“It’s something he likes to do every time he is in Dublin. It’s always good fun for a couple of hours,” Bruree-based Enda said this Wednesday.

Bruce, who is powering his way through The River Tour, came down with a head cold after the Manchester show.

He still managed to rock Croker on Friday night with a three and a half hour musical marathon featuring such classics as Darkness on the Edge of Town, Badlands, and Thunder Road.

“He was really minding himself (in Stillorgan) and not talking a lot or talking very quietly as he was saving his voice for Sunday,” Enda explained.

“He gave his 110%, as usual. The show goes on with Bruce. The last thing he wants to do is let people down. He is really somebody for the younger people to look up to - he is so professional.”

“Patti didn’t want to join him on the mic at times because she knew she was coming down with something and didn’t want to give it to him,” said Enda.

Also in attendance at the concerts was Gil Gamboa, Bruce’s assistant, who Enda has named one of his top horses after.

“We had a bit of a chat about him and they are looking forward to him running again next season.”

As for future performances by The Boss, Enda smiled:“He is in such great shape hopefully he will be around for a long time yet and will visit Ireland again."