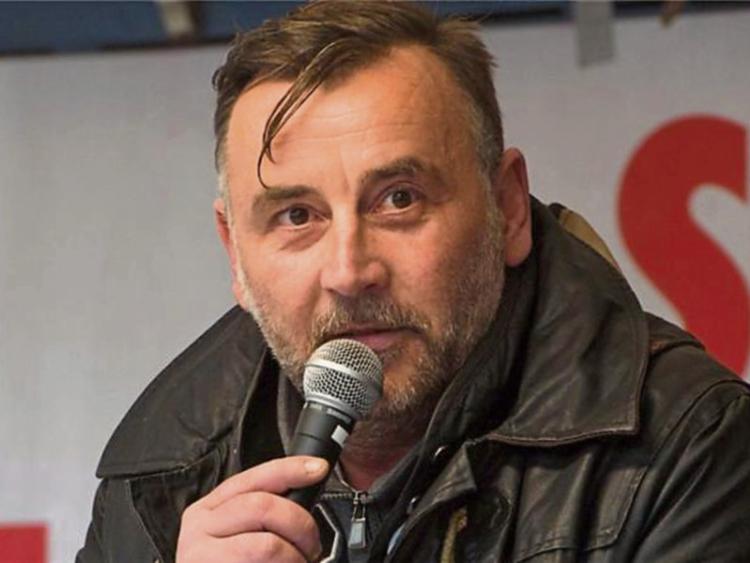 Lutz Bachmann, the German founder of the anti-immigration group Pegida

THE controversial founder of Pegida, the anti-Islamist group, is to speak in Limerick later this month “to highlight the mass sexual assaults on European women by Muslim men”, which they claim has been covered up by the political class across Europe.

The announcement by Identity Ireland, an affiliate group, of the imminent talk and its subject matter has prompted a number of politicians to urge Pegida to “stay away from Limerick and not to stir up divisions”.

Lutz Bachmann, the German founder of the ring-wing organisation, has accepted an invitation to speak in Limerick in late June. An exact date and venue has yet to be announced.

In a statement to the Limerick Leader, an Identity Ireland spokesperson said: “Mr Bachmann wants to highlight the failure of  multiculturalism and to highlight the mass sexual assaults on European women by Muslim Asian/Middle Eastern and African men which has been covered up by the political class not just in Germany but all over Europe”.

Just last month Bachmann, who founded Pegida (Patriotic Europeans against the Islamisation of the West), was fined €9,600 by a Dresden court for a Facebook outburst in which he branded immigrants “cattle” and “scum”.

Fianna Fail deputy Willie O’Dea told this newspaper that in a climate when thousands of migrants are seeking refuge on a daily basis – with some 50 Syrians recently settled in Limerick and another 50 due to be settled here by the end of the year – “this is the last thing that anyone needs.”

“We’re trying to assimilate and integrate people into our communities. The last thing we need now is people sort of stirring divisions.

“I think they’d be doing the whole area a big favour if they stayed away quite frankly, in view of the reaction they’re provoking in other places,” he said.

His party colleague Deputy Niall Collins also said “the news that Pegida are to set to demonstrate in Limerick following an invitation from Identity Ireland is worrying.

“Both organisations hold extremist views and openly call for the persecution of minority groups.

“The policies they pursue are not supported by Fianna Fail. Indeed many Irish people who have emigrated down though the years would fall foul of the anti-immigration policies that Pegida espouse,” said deputy Collins.

He said that Identity Ireland has virtually no support as a political party in Ireland.

“It's only candidate in the general election secured 0.3% of the vote, which clearly demonstrates that there is little tolerance for the hate speech that the party peddles,” he added.

“I certainly won't be supporting the demonstration, but I respect the right for all political groups to be allowed organise and participate in a peaceful demonstration.”

Founded in October 2014, Pegida organises weekly marches in Dresden in protest against the migration policy of German chancellor Angela Merkel.

Those talks focused on the “irreparable damage associated with the mass immigration of unassimilable people and cultures into Europe.”

Identity Ireland then extended an invitation to Pegida as a fellow member of Fortress Europe to attend a conference in Limerick and Mr Bachmann has accepted the invite.

“Mr Bachmann has said he looks forward to coming to Ireland and wants to experience the unique Irish hospitality which has been abused for far too long by the liberal cabal,” said Identity Ireland.

The network launched an Irish branch in Dublin this February  – an event that was met with a strong counter-demonstration by opposing groups.

Violence broke out at the counter-demonstration, with both sides clashing and gardaí becoming involved.

At that time Identity Ireland chairman Peter O’Loughlin – who unsuccessfully ran as a candidate in the general election - was hospitalised after being hit in the head with a blunt object while travelling on the Luas.