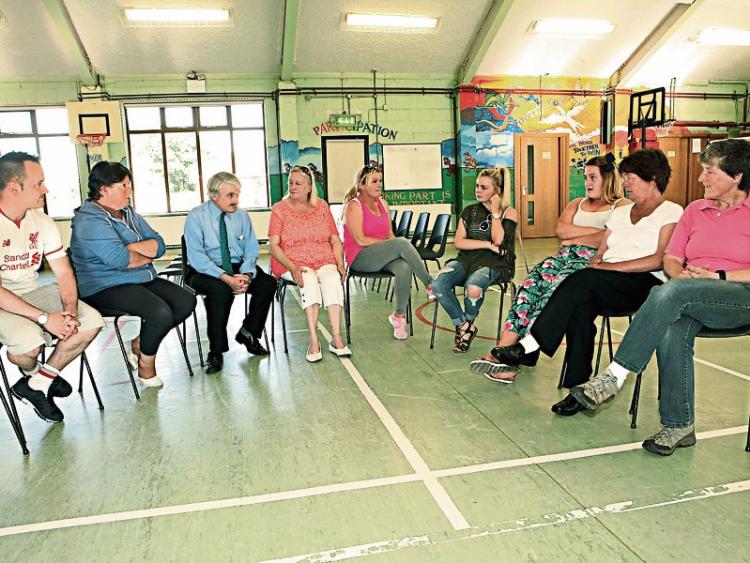 MOYROSS residents say they will take to the streets in protest to block the next phase of the regeneration scheme in Dalgaish Park.

As part of the long-awaited upgrade of the northside estate, Limerick City and County Council is seeking to build 40 new housing units beside the former Maddens Milk factory.

But locals are furious as they believe these units can be delivered elsewhere in the estate – and they have indicated they will stage a protest to halt the diggers when they enter Moyross.

They have also criticised the local authority for its “shambolic” lack of consultation over the scheme. The council has stated copies of the regeneration plan were delivered to each house in Moyross, with public consultation sessions at the local community centre.

Dean Quinn, Sarsfield Gardens, alleged the only consultation which took place was with the 12 board members of the area’s community centre, for which he was formerly one.

The work to build the 40 units is slated to commence later in the year.

“We welcome building in Moyross, of course we do. We don’t want to see houses knocked. But 40 houses can be accommodated around the Craeval Park area, around Pineview. There is loads of room there,” he said.

Another resident, Eileen Phelan, Cosgrave Park, added: “We know they need houses. But let them use the other open space. Not the space on top of us. We need to keep our green space.”

He pledged to lobby the city architect in a bid to re-plan the units’ destination.

“I cannot understand why they cannot utilise the space they have, and let a bit of green area there. There is a reason why the green space is there, it is because there is a need for it. You cannot come along and just take it, especially if you have alternative sites for houses,” he told residents.

“In an area like this, you need to be sensitive. We don’t need to be cramming people together.”

He also said he would try and seek a meeting between the residents and the council so they can outline their concerns about the Dalgaish Park project.

He said: “If there is going to be a protest, you should tell them to their face. That’s the best tactic. I can say to the officials there will be a protest, but to hear it from the horse’s mouth is always better.”

Ms Phelan said residents “won’t have a problem” carrying out a demonstration, while Mr Quinn said “they will have the whole of Moyross behind them.”

A council spokesperson said “extensive consultation on the plans for each of the four regeneration areas was carried out in 2013”.