Limerick city set to host the Olympians of the future 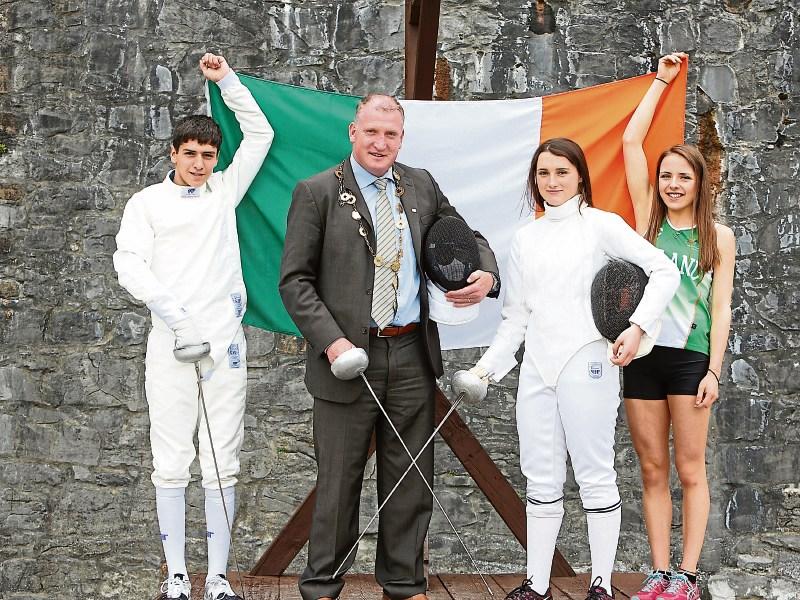 LIMERICK’S status as a sporting destination will be raised internationally in July as future Olympians descend on the city.

Around 300 compeditors will compete in four disciplines – swimming, fencing, running and shooting – during the UIPM World Youth A Tetrathlon Championships, which take place between July 14 and July 18.

Competitors will travel from across the world and around 1,000 supporters will also visit the city during the championships.

A large number of the competitors are likely to go on to compete in the Modern Pentathlon at the 2020 Olympic Games in Tokyo.

Mayor Liam Galvin, who attended the launch of the World Championships at King John’s Castle said it is fantastic that Limerick was selected to host the event, which was last held in Argentina.

“We have a fantastic sporting and cultural tradition and having these games here shows again just how welcoming and hospitable Limerick is.  We are really looking forward to having the games here and making sure that everyone who attends goes away having had a really positive experience of Limerick and Ireland.”

The opening ceremony for the World Championships, which will take place at the University of Limerick, takes place on Wednesday, July 13.