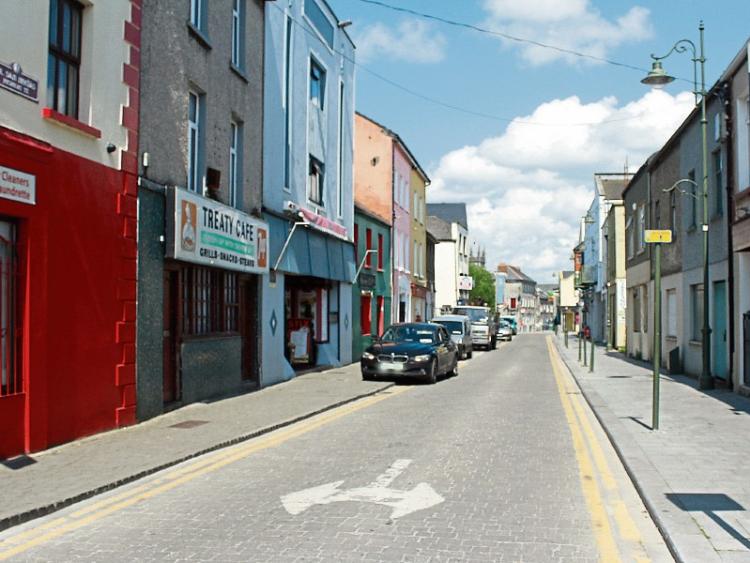 There have been calls to give Limerick's Nicholas Street 'cultural role'

LIMERICK City and County Council has been urged to revive Nicholas Street and and to bring the King John’s Castle tourism attraction to the city centre street.

Anti-Austerity Alliance councillor Cian Prendiville said that the street, located next to St Mary’s Cathedral and King John’s Castle, has “huge potential” for local tourism, but added that it has recently been “neglected by the council”.

He recently asked the council what plans it had to “revive Nicholas Street and develop it as an historic and cultural centre of Limerick”.

In response, the council said that it is involved in a “series of initiatives...with the ultimate aim to revitalise the area from a residential, commercial, tourist and cultural point view”.

These projects include the development of a community park with the Civic Trust; turning existing council-owned commercial property into community use; working with street traders on issues of mutual interest; and working with Shannon Heritage to improve tourism around King John’s Castle.

The council has also confirmed that they are in discussions to acquire the Convent site, and that there are “three live projects” that are being considered for commercial use.

Other initiatives being extended to Nicholas Street include the Love Your Street scheme, Living Cities scheme, and an application to have the street accredited with a Purple Flag, which recognises city areas for excellence in night time management.

Cllr Prendiville said that the recent holding of concerts at King John’s Castle has been a “positive” move for the area.

“That has brought more life to the street and we need to use that area for more events like that. Thousands of tourists visit the castle every month, so we need to bring that kind of life to Nicholas Street.

“It is the historic main street of Limerick. It has huge potential, and I think it has been under-utilised in recent times by the council. I am aware that they are trying to revive it,” he said.

He added that tourists need to be encouraged more to visit the street.

“I don’t think it has received the funding that it needs,” he said, adding that the issue has been discussed but has fallen off the council’s radar, recently.

“I think Nicholas Street could have a real cultural and historic role in the city. I know that there is an interest there and tourists also have a huge inetrest in St Mary’s Cathedral. Limerick also has a lot of artists and artist practitioners,” he said, adding that he would like to see a number of artist studios in the area.