On a wing and a prayer: Limerick priest does skydive 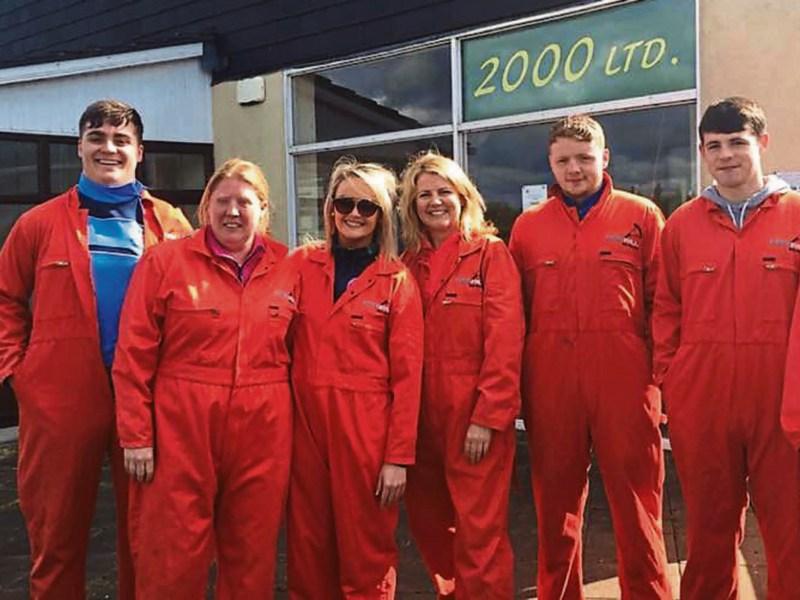 A COUNTY Limerick parish priest got as near to God as he wants to –  for the moment – when he jumped out of an aeroplane at 10,000 feet.

Fr Tom Mangan, based in Donoghmore/Knockea, and 11 others drove to Abbeyshrule, Longford on Sunday morning to take the plunge.

It was the idea of Ballyneety woman Brid Lang to raise funds for a badly needed new parochial house for Fr Mangan and when she discussed it with him he “jumped” at the idea.

And he wasn’t the only one concerned for his welfare as he was due to marry Melissa Hughes and Ross Kelly, Corbally, in St Mary’s parish later that afternoon.

Before the 12 brave souls climbed into the plane they collectively said a prayer and they headed off into the clouds.

“We spent 10 minutes going up to 10,000 feet and then it was time. Obviously there were butterflies - when this door opens in the plane and you get this gush of wind you think oh my God!

“You freefall for about 40 seconds and that is some experience. We went out in pairs and the tandem person talks to you – they have decades of doing it.

“Then the parachute goes up and you get pulled back up. Then you glide around for a while, do a few twists and turns and land very safely. They teach you how to go out of the plane and how to land. We came down very gently and softly,” said Fr Mangan.

To sum it up he said it was “an experience out of all experiences”.

“To do it really was fantastic. I was obviously a bit anxious but we were there as a group and there was great camraderie and moral support. It was nice to be on the ground again!” said Fr Mangan.

Brid said there was a mixture of excitement and nervousness but everyone was high with a sense of adventure.

“We signed our lives away and suited up in the orange overalls. When it was my turn my tandem master, Paul Moran said that because I was jumping with him we would somersault out and he warned me to keep my eyes open so I would see the underneath of the plane as we were freefalling.

“I said, ‘Fine, go for it, what had I got to lose?’ I was first to jump followed immediately by my son Frank. No one could prepare you for what happens next.

“The door of the plane opened and the noise was deafening and I was freefalling. Filled with adrenaline and your senses overloaded you gasp for breath as the force of the wind is very strong. It seems like there is absolutely nothing else in the world, you are truly living in that moment. You can’t hear anything as it’s so loud, and yet at the same time it’s utterly peaceful and serene. At 5,000 feet the master opens the parachute and you feel as though you’re being pulled upwards and then you slow down a bit. He shouted at me to look over and there was my son Frank, whose parachute had just opened and we were floating beside each other. I was screaming out his name, it was exhilarating,” said Brid, whose sentiments were reflected by everyone who took part.

“Thank you to our supporters and to all our sponsors. Our main aim was to create an awareness of the situation regarding the building of the parochial house for Fr Tom. We hope to get a front door, however, one person commented, ‘You won’t need a front door because it will always be open’. That says it all,” she said.