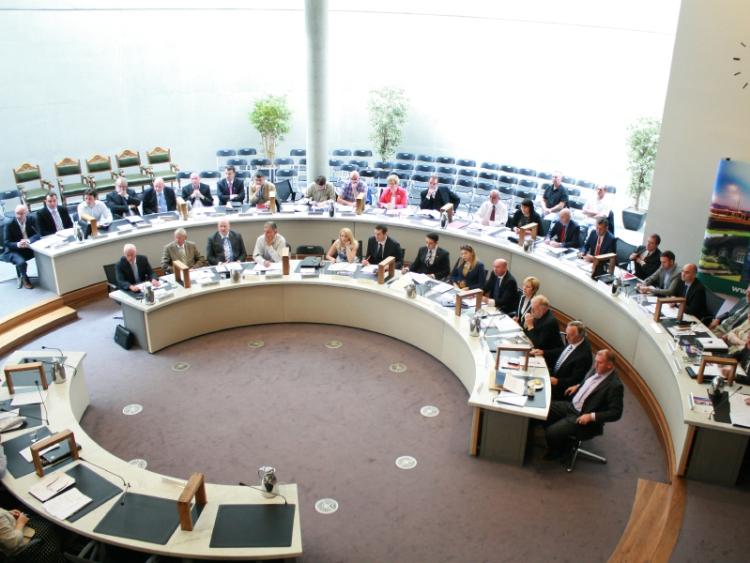 Under new legislation, the full council meets once every two months but the three Municipal Districts and the Metropolitan District meet every month

FOR Cllr Stephen Keary, the proof of the pudding was in the eating.

By the time his motion, the last item on the agenda, was reached at Monday’s meeting of Limerick City and County Council, it was almost 7.30pm. And the meeting had started just minutes after 3pm.

“My reason for bringing this motion is very very appropriate,” he began, before going on to say that the council was not functioning as it should.

The bi-monthly meetings, brought in with amalgamation in 2014, were not working, Cllr Keary argued. Other councils had found this out too and had reverted to monthly meetings, he pointed out.

Now, he wanted Limerick to do the same. Besides being too lengthy and time consuming, he argued that bi-monthly meetings “inhibited the statutory process”. If something cannot be approved at a meeting, another two months is lost before it can be done, the Croagh councillor said.

Backing his colleague’s proposal, Cllr Jerome Scanlan said  one result of bi-monthly meetings was the “plethora of special meetings” that had to be organised because the two-month time span was too long.

But Fianna Fail leader in the council, Michael Collins, cautioned against taking any decision without a review by party leaders and the executive.

“We have had very much a settling-in process,” he said. “Maybe we could do business a little differently.” Monthly meetings would not resolve the problems that are there, he argued, and he asked Cllr Keary to hold off on his motion to allow time to tweak the process.

Secretary Christy O’Connor pointed out to councillors that the Local Government Reform Act allowed for decisions to be made at municipal district level as well as at full council level.

But Cllr Keary was not for deferring. Cllr Lisa Marie Sheehy had brought a similar motion a year ago, he argued, and a report had been promised but nothing had happened. “I am putting it to the floor,” he declared.

But Cllr John Gilligan hit back. “You could spend your life at meetings. We seem to be doing it more and more,” he said.

“Simply adding another meeting is not the solution.”

Then it was the turn of Sinn Fein’s Cllr Seamus Browne who stepped in to disagree with that. “This council needs to conduct its business on a monthly basis,” he said. “We have had far too many special meetings. We are also getting some motions coming back  out of date from the SPCs.”

“This was on the agenda a year ago. I think it is time we brought it to a conclusion today,” he said.

“Sometimes I wonder whether I am in the Senate the Dail or the European Parliament, “ Cllr Kieran O’Hanlon declared  in a reference to topics that were not, in his opinion, the proper business of a local authority. A monthly meeting would mean extra costs and an unnecessary burden on officials, the Fianna Fail councillor pointed out.

Deputy chief executive Pat Dowling said it was now “timely to review” standing orders in their entirety and not wait five years.

But he understood the frustration behind Cllr Keary’s motion. He himself had proposed that the various Strategic Policy Committees meet between the bi-monthly council meetings to facilitate motions and decisions but nothing had come of it.

However, he suggested that they wait to July and “if there isn’t serious movement between this and then” on meetings and procedures, they would then take Cllr Keary’s motion.

Declaring that the whole process of changing management structures, was “a total and utter quagmire”, Cllr Keary refused to withdraw his motion. But he did agree to defer it, leaving the councillors free to go home, after four and a half hours.