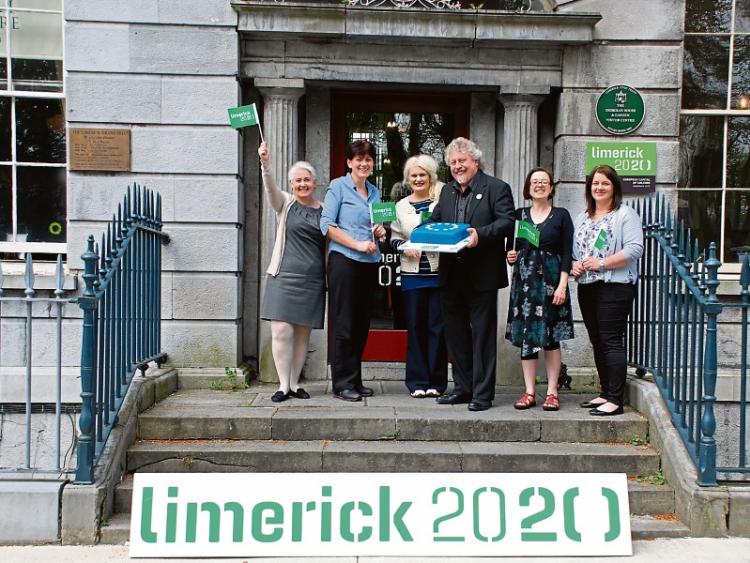 COUNCILLORS have formally approved the second stage of Limerick’s bid to become European Capital of Culture 2020, which, if successful, will cost an estimated €37m over the next five years.

Limerick was fortunate in getting through the first round of the competition, the director of Limerick 2020 Mike Fitzpatrick, told councillors this week.

But the second round, he added, had been more arduous.

It also included taking on board the comments of the European jury from the first round, he explained.

As a result, and after carrying out research and consulting with various people, bodies and stakeholders the idea of belonging and of embracing multiplicity emerged.

“We are now nearing the final stage,” Mr Fitzpatrick continued.

The “book” outlining Limerick’s plans must be submitted by June 17, next and then on July 12, two members of the jury will spend a day in Limerick to talk about the project and “to get  a sense of the place”.

The Limerick team will make their formal presentation to the jury on July 14.

“On July 15 we will know our fate,” Mr Fitzpatrick told councillors.

But, Mr Fitzpatrick told councillors, the competition is fierce to win the bid, with Galway also in the running along with the Three Sisters, Carlow, Kilkenny and Waterford.

In the second round, he added, the team had to outline a long-term cultural strategy as well as show how Limerick would connect with other European regions. The team also had to spell out its proposed programme and its capacity to deliver it.

Another element, Mr Fitzpatrick explained, involved looking at outreach and participation and whether the programme was inclusive. They also had to give details of how it would be managed.

“It has been an incredible process,” he added, explaining that it has involved consultation with hundreds of people as well as research and making connections with other cities.

But, Mr Fitzpatrick told councillors at a full meeting of Limerick City and County Council, the competition is fierce to win the bid.

Galway is also in the running along with the Three Sisters, Carlow, Kilkenny and Waterford.

“We are working on a shoestring in terms of human resources,” Cllr Marion Hurley (FG) told the meeting. “I think we have the Galway people shivering in their shoes.”

“Can we do a bit of tidying up before the judges get here?” Cllr Joe Leddin (Lab) asked.