PLANS:  WORKS COULD BEGIN AS EARLY AS SEPTEMBER 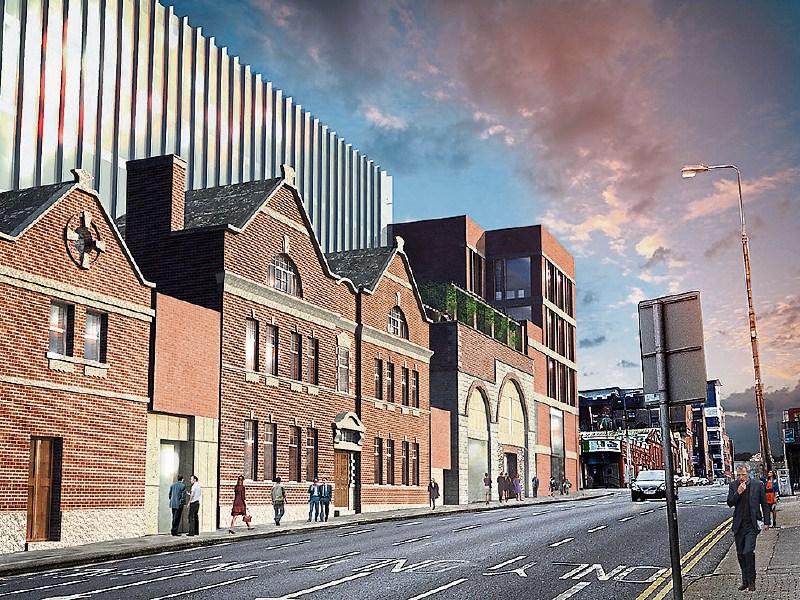 BUILDING at the Hanging Gardens site at Henry Street could begin as early as this autumn provided planning permission goes through.

And hopes are high that a joint venture partner for the Opera Centre site will be in place by early 2017.

Speaking after this week’s meeting of Limerick City and County Council, Dr Pat Daly, director of services for economic planning said he hoped councillors would approve the plans for the Hanging Gardens site when they come before them  next month.

This would open the way for tenders to be sought and a building contract signed and for builders to be on the site by September or October.

The project is for high-spec offices for up to 700 people and is part of the council’s 2030 masterplan to revamp the city.

Meanwhile, there has also been some progress at the Opera Centre site, the plans for which include a new office for the Revenue Commissioners, plus a third-level campus.

. “We are now going into the next stage of the tender process,” Mr Daly said. “We are down to four bidders and they will start to dialogue with us in the next stage. That takes a while, possibly until the end of the year. By the first quarter of next year, we hope to be at the point where we have a joint venture partner in place.”

“We have had a few false dawns,” he said. “But I am very happy now we are at the point of development.”

They could now begin looking at the other sites in the city which had been identified as strategic, Mr Daly said, naming  Cleeves Factory, the Georgian quarter and Colbert Station site. “We are now going to fast track the master-planning and design and business cases for these sites,” he said.

He assured councillors that they would be kept informed and consulted on these projects and told Cllr Daniel Butler there would be no conflict with private investors. “We are trying to encourage developers to come in,” he said and pointed out that the planning section and economic development were now separate entities within the council.  Some publicly funded projects could require Part 8 planning where councillors decided while others would have to go through the same process as any private sector project, Mr Daly explained.

Limerick City and County Council has earmarked €16m for the development of the Hanging Gardens site in its capital programme 2016-2019 and €3m for the Opera Centre.