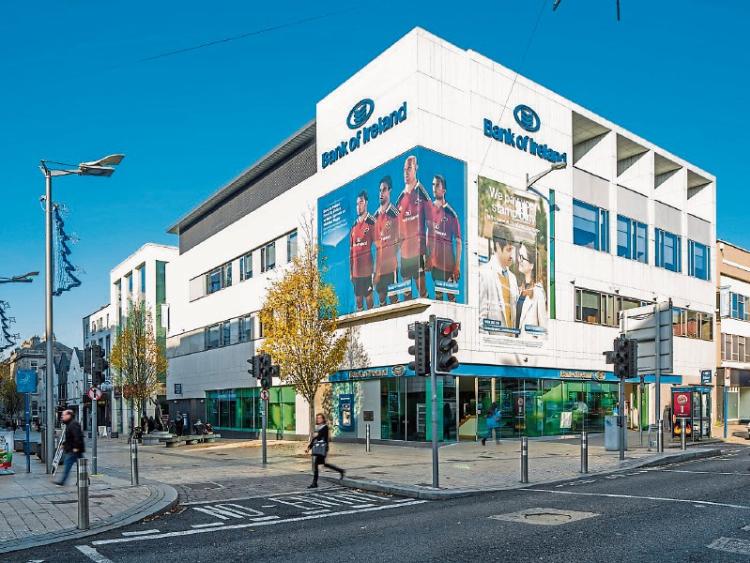 The Bank of Ireland building on O’Connell has finally been sold for €10.5m after 18 months on the market

A PRIVATE investor has bought the Limerick headquarters of the Bank of Ireland at the junction of O’Connell Street and Bedford Row for €10.5 million – down €6.5 million from its boom price.

The office block had gone on the market in December 2014 through Knight Frank with an asking price of €8m, and after 18 months managed to fetch in excess of its price.

Ross Fogarty of Knight Frank handled the sale for another investor who acquired the building during the boom for around €17 million.

The building is let to the bank on a 25 year full repairing and insuring lease from 2006.

The passing rent of €685,736 is subject to upwards-only rent reviews every five years. There is another 14.5 years to run on the lease. The new owner will get a return of 6.2 per cent on the investment.