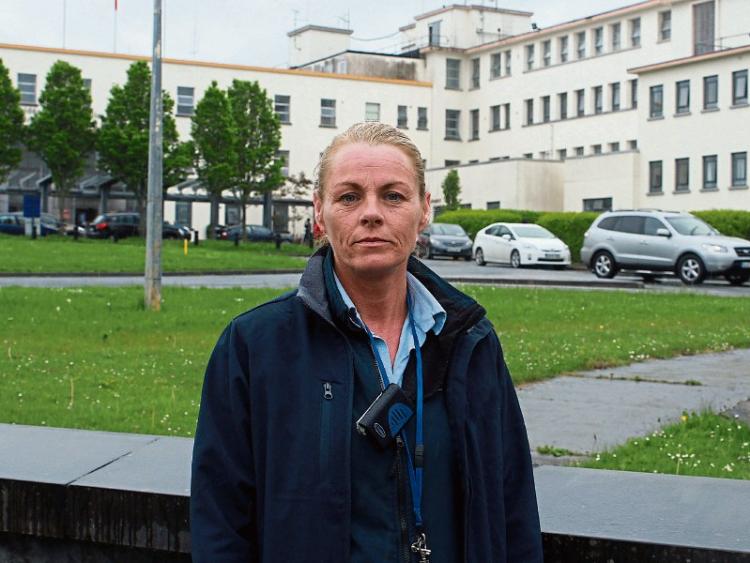 THE UL Hospitals Group has said that additional staff parking will not be delivered in the near future at University Hospital Limerick, despite growing concerns expressed by employees who struggle to access parking on and off the grounds.

UHL A&E porter, Antoinette Walsh recently contacted the Limerick Leader to highlight the difficulties that some staff face when trying to secure parking.

She and a number of staff, who start at 11.30am, often have to arrive up to an hour before their shift begins. She said that there have been cases where people working the 8am shift had to arrive at 6.45am to secure parking.

She said that, because of “insufficient parking” in and around the hospital, there has been an increasing number of staff who are having to use Euro Car Park spaces reserved for those with disabilities.

She said that there has been an informal arrangement with the car park management, where staff are called to move their car before the possibility of their vehicles being clamped.

However, last Thursday, Ms Walsh’s car was clamped in the disability access space at 2pm and she could not access her vehicle until later that evening, as she did not have €80 to have the car unclamped.

She told the Leader, though she knew she wasn’t supposed to be parked in the space, she said that they refused to unclamp the vehicle for €40, which was the full amount in her purse.

She said that when she was at the car park, she noticed three nearby cars who were also in disability access spaces, but were not clamped. When she questioned Euro Car Park about these vehicles, they told her that they were staff spaces.

“I am stressed trying to do my job, worrying about my two kids at home, that if there is an emergency, my car could be clamped. They want me to come in everyday and handover €80 everyday, which is a day’s wages,” she said.

In response to these concerns, a spokesperson for the UL Hospitals Group stated that they “can confirm that no additional staff parking is planned in the short term at UHL.

“In addition to the current staff car parking at the back of the hospital, parking is available in car parks beside the hospital and there is also off street parking available, near to the hospital. Consultants on call are the only group to have access to priority parking at UHL.

“Vehicle clamping was introduced by UHL as a method of controlling unauthorised and illegal parking on the Hospital campus, which includes parking in spaces reserved for those with disabilities.”

The spokesperson added that Euro Car Parks are contracted by the hospital to manage parking, and that all parking issues are the responsibility of Euro Car Parks. People who wish to appeal the €80 fines can access application forms via www.eurocarparks.ie.