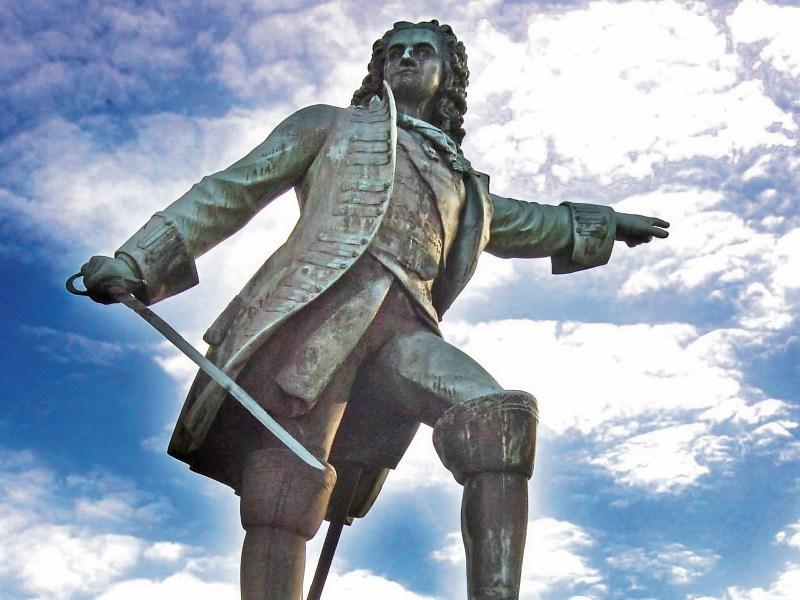 THERE was heated debate over proposals to relocate the Patrick Sarsfield memorial at this week’s Limerick City and County Council metropolitan meeting.

Independent Cllr John Gilligan’s call to move the the statue from Cathedral Place to John’s Square was met with both opposition and support from a number of city councillors at City Hall on Monday.

He said that the statue, which was built in 1881, has been “hidden” from the public for 135 years. He said that when it first came to Limerick, the council “was full of unionists” and that they “didn’t want anything to do with it”.

He added that the Church allowed the iconic monument to be located at Cathedral Place on “a temporary basis”, 135 years ago.

He proposed replacing the fountain at John’s Square, as it is “hidden by four trees” at its current location.

Fianna Fáil Kieran O’Hanlon, who grew up in St John’s parish, said that the relocation would make the statue “prone to vandalism” and that it is currently in a “protected location”.

“It needs to be in a place where it is easily visible, and I don’t think the threat of something being vandalism should stop it from being moved,” he said.

His party colleague, Marian Hurley said that the “appropriate solution would be to consult the Church and maybe bring back the railings a bit”.

Cllr Daniel Butler said that the monument needs to be placed along the popular tourist trail.

AAA Cllr Paul Keller said that the council will need to consider the financial cost of a relocation.

Sinn Féin Cllr Séighin Ó’Ceallaigh proposed that the “very successful” 1916 commemoration committee be “transformed” into a group that reviews the conditions of memorials and plaques, across the city and county.

Council official Kieran Lehane called for the councillors to receive feedback from their areas, and that the issue will be examined at the next metropolitan meeting.