CHANGE A LIFE:  FOURTH PROJECT WILL START NEXT WEEK DUE TO PHENOMENAL SUCCESS 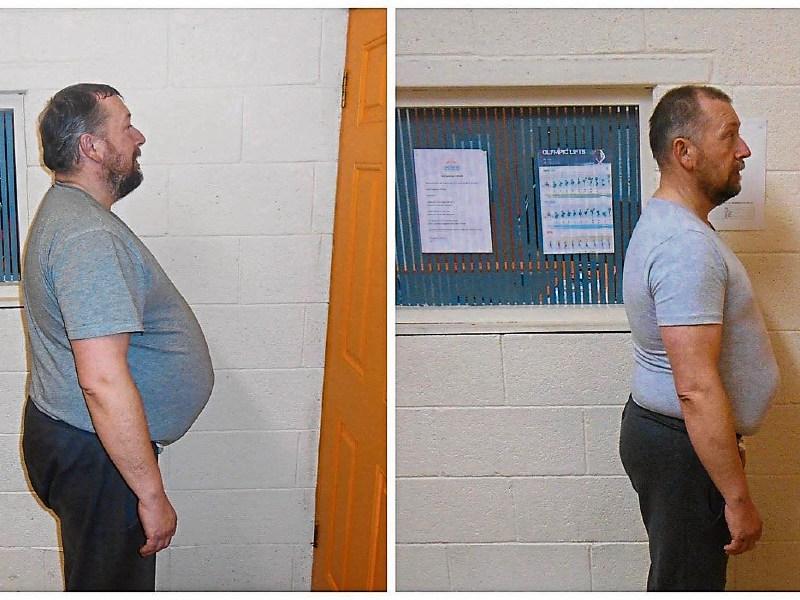 Brian Burke lost 53lbs and 32.5 inches with Change A Life

TWENTY-FIVE Limerick people have lost a staggering 1,000 pounds in weight between them over just 13 weeks – over the course of three Change A Life projects.

The participants, mainly aged in their 30s and 40s, signed up with the third Change A Life Project at Destination Motivation on Alphonsus Street, under the guidance of fitness instructor Barry O’Connell and head trainer Martin Sinnott.

Mr O’Connell said the project – which was free on the first two occasions as it was conducted as an experiment to prove that their training programmes work – is now “transforming lives here in Limerick.

“The change in every single person has been amazing, not just from a weight loss point of view. Many people have all sorts of conditions, from severe arthritis to diabetes, and these have been alleviated through the programme.

“This project does not just focus on the huge amount of weight lost, but on creating a lifestyle through education on top of the exercise and nutrition to really make it a change in life. It isn’t a flash in the pan type programme, that would just be a waste of time for everyone. We try to get through to the root causes of their weight gain and turn it around,” he said.

“To have all 25 people who have participated in the Change A Life Project lose an average of 40lbs over just three short months is nothing short of amazing.”

Among the successful participants who has turned his life around is Mike O'Neill, who lost 47lbs in just three months.

Marion Moore also lost 45lbs in 13 weeks. “I've battled with my weight for many years but I was in a low place at the start of this year. I was luckily picked to be part of Destination Motivation’s Change A Life course. I can’t even put in to words how this has changed my life,” he said.

Mairead Quinn lost the most amount of weight, dropping 75lbs in the same period. “If someone told me three months ago that I'd lose five stone in 13 weeks, I would have never believed them and also given them my right arm for it,” she said.

The first Change A Life project began in late 2013, when the first group of 10 lost 400 pounds between them in 15 weeks. Due to the “phenomenal success” of this project, a fourth Change A Life project will begin from May 23. Training will be Monday to Friday from 5pm to 5.45pm. The cost is €400 for the full 12 weeks.