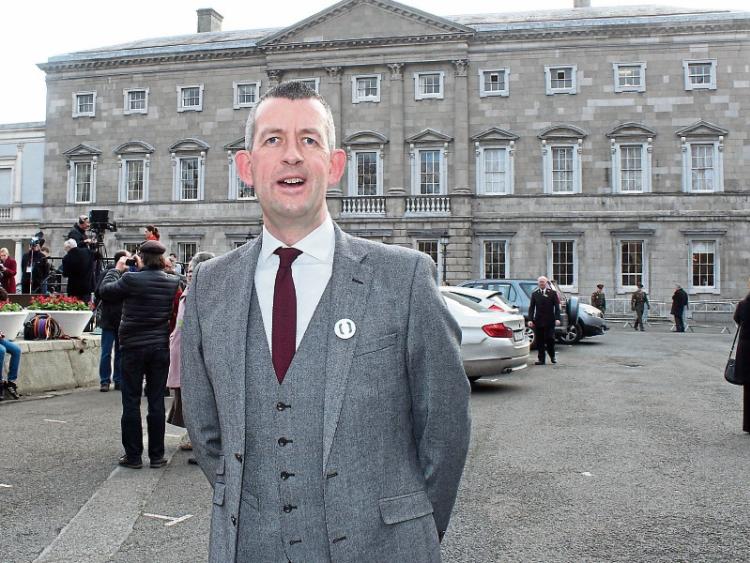 SINN Féin’s newly-appointed spokesperson for jobs, enterprise and innovation has called for the Limerick 2030 plan to be developed and delivered.

Deputy Maurice Quinlivan, who was first elected to Dáil Éireann in February, has made his way to the front bench of the Sinn Féin party, it was announced last week.

He told the Limerick Leader that, after 70 days of “frustration” with politicians’ indecision to form a new Government, his party has also selected its “very strong, progressive team”.

He said that one of his main goals in Limerick is to see the delivery of the ‘Opera Centre’ site, which was first proposed in 2006.

“The Opera Centre is crying out for work to start on it. There are lots of plans out there, but we need to put people back to work.”

“My short term objective is to start to reach out to all the different stakeholders, and we are going to come up with a new business rates proposal, and hopefully the Government will take that on board, nationally.

“The full details of which we have not fully worked out yet, as we are planning to meet the local councils and chambers of commerce around the country. A priority issue for us is working on the issue of decent work for decent pay, and making sure that people do get paid to go to work,” he explained.

“I think the fact that they are a minority Government, I think they realise that they did lose the election in one instance, and that they will take on board and believe that the proposals we make our good or can be worked on. We will proposing policies all the time and we will be looking for changes.”

He stated that he would like to “help deliver as many jobs as we can” and assist small and medium enterprises over the next five years.