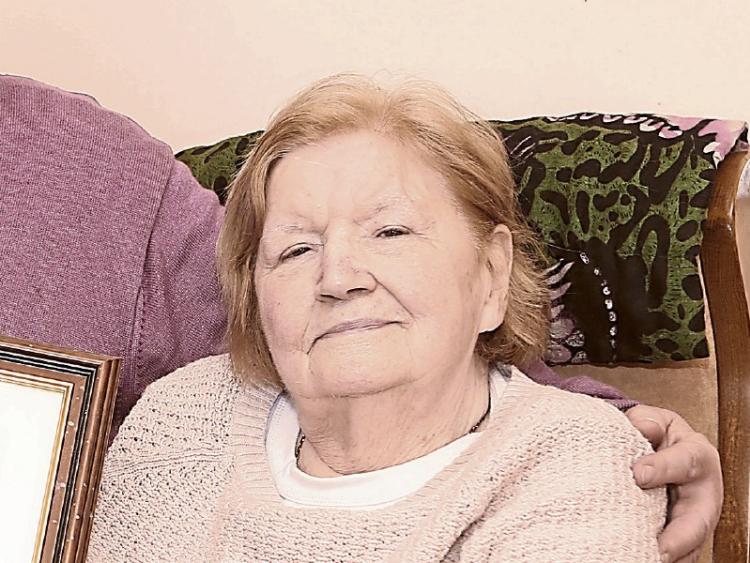 THE MOTHER of Gussie Shanahan who disappeared in Limerick 16 years ago has passed away without ever learning what happened to her beloved son.

Dozens of people have been paying tribute online to Nancy Shanahan, of Ashbrook, Ennis Road, Limerick, and formerly of Cahir, Kenmare, county Kerry.

The retired national school teacher passed away peacefully at the Limerick University Hospital on Friday last.

Councillor Daniel Butler was among those who paid tribute, saying “it was so sad she never found the peace and closure a mother deserves” after the years of turmoil of not knowing what happened to Gussie.

Only this February gardai in Limerick again renewed their appeal for information on the whereabouts of Aengus ‘Gussie’ Shanahan, who worked in Dell.

The youngest of four children of Bob and Nancy, Aengus was last seen leaving the former Coopers bar on Joseph Street, formerly Eric’s bar, at around 10.30pm on February 11, 2000. CCTV footage shows him leaving the premises and a woman, who was parking her car in the area at around the same time, later told gardai she saw him walking in the direction of Barrington Street. He was never seen alive since.

Gussie was 20 years old when he disappeared and despite numerous searches and a nationwide appeal his whereabouts have never been identified.

His disappearance also resulted in the country’s first online missing person appeal. Since he went missing, Nancy suffered a stroke and Bob took early retirement to care for his wife.

Bob, who is in his 70s, said if their son is dead all they want to know is where his remains lie so that they can give him a Christian burial.

In the years since, Gussie’s family and gardaí appealed for anyone who may have useful information and who have not been in contact previously, to do so now.

Her funeral Mass will be held this Monday at the Our Lady of the Rosary Church, Ennis Road, at 11am with burial afterwards to Castlemungret Cemetery. Donations, if desired, to Limerick Search and Rescue.