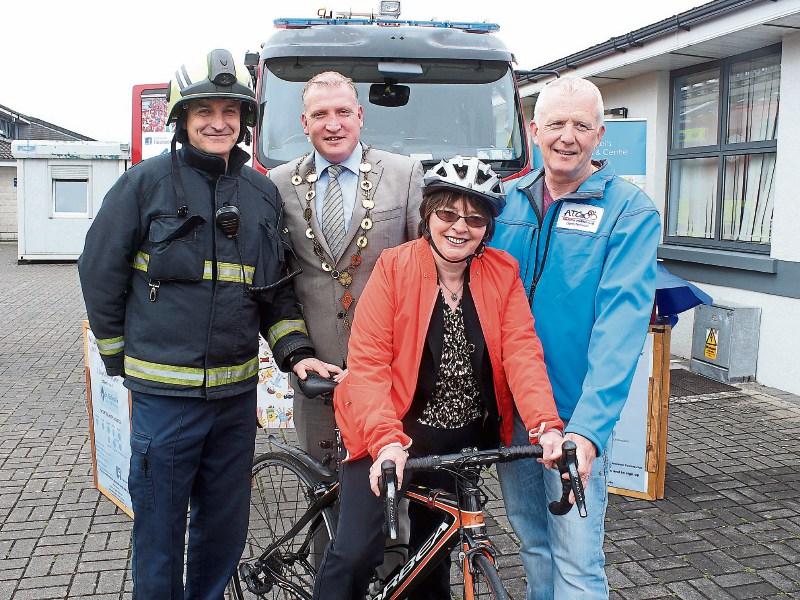 THERE was great excitement at St Gabriel’s Centre in Dooradoyle this Tuesday as two units of Limerick Fire Service rolled up for the launch of the Wyeth Askeaton Touring Club cycle.

Now in its 27th year, the group has cycled tens of thousands of miles and raised almost €1m for local charities.

This year’s cycle will take place on June 18 and 19 with all proceeds going to support the work of St Gabriel’s school and centre in Dooradoyle.

The route will take the cyclists from Askeaton via Croagh and Newcastle West to the ferry at Tarbert from where they will cross the estuary. After lunch at Kilrush golf club, the group will head to Ennis before a well-earned night’s rest in the Inn at Dromoland.

The next day - Sunday, June 19 – they will set off for Limerick where they will stop off in St Gabriel’s before returning to Askeaton via Adare and Rathkeale.

According to Mary Mullane, vice chairperson of the group, the route will be 170km in total. “There was a real sense of excitement at the launch,” she said.

Previous years have seen up to 120 cyclists taking part and, including support personnel, over 150 people will be involved in the event. The cost of the full trip is €85, which includes food and accommodation, or€35 for one day.