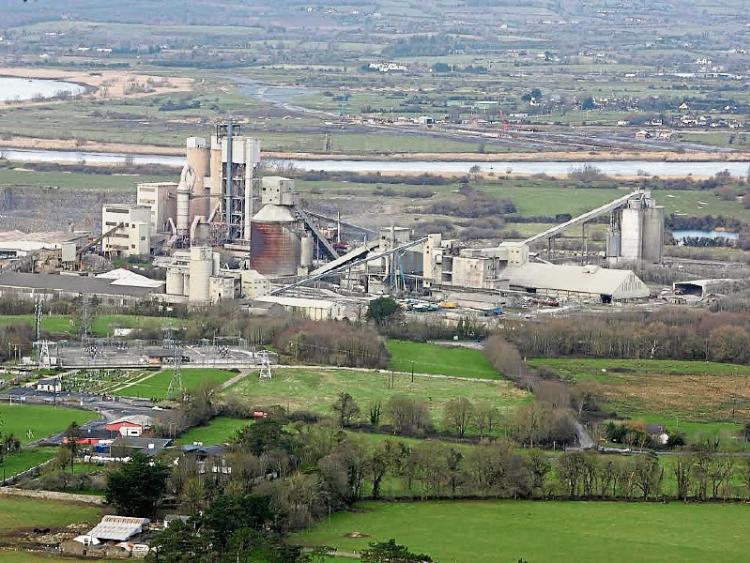 Irish Cement, which has a plant in Mungret, is in dispute with the Shannon Foynes Port Company

A DISPUTE between Irish Cement and the Shannon Foynes Port Company (SFPC) over the acquisition of 88 acres of land at Foynes is set to be played out in the High Court.

The acquisition of the land – owned by Irish Cement - is part of the port company’s ambitious expansion plan which aims to achieve a 350% increase in heavy goods traffic by 2041.

As part of this plan, the lands in question are to be used for indoor and outdoor storage space.

In March, An Bord Pleanala ruled that SFPC could acquire the land by compulsory purchase order (CPO), despite objections by Irish Cement.

However, Irish Cement is now seeking to have the order overturned and has lodged Judicial Review proceedings against the planning authority.

In an oral hearing which took place in December, representatives for Irish Cement outlined a number of grounds for objecting to the order. During the hearing, they raised concerns that the port expansion plan was “not based in reality”.

They also questioned whether the need for the extra storage space had been clearly demonstrated.

It was claimed during the hearing that there had been no attempt to analyse storage requirement with comparative data from other ports.

A legal representative for Irish Cement also denied that the company was holding SFPC to “ransom” over the sale of the land, which is located to the east and south of the existing port.

However, following the hearing an An Bord Pleanala inspector recommended the CPO be granted on the basis that the acquisition of the lands was necessary in order to implement the harbour development plan.

The case is due to come back before the High Court next month.